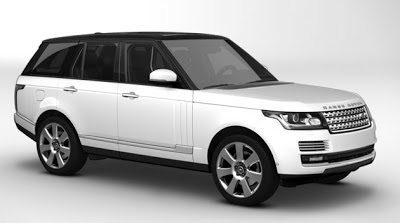 A November piece written by the unquestionably wise Jack Baruth for TTAC included mostly harsh words for the current state of Land Rover.

Baruth shows this photo and explains it this way: “Putting that photo up where PEOPLE CAN SEE IT is approximately as stupid as me posing topless with “Marky Mark” Wahlberg and making sure every single mother in America between the ages of 22 and 35 gets a copy of the photo in her mailbox tomorrow.”

GoodCarBadCar won’t deny the appeal of a basic Range Rover. But these days, a basic Range Rover goes by a different name: Jeep Wrangler Unlimited, which is itself a Good 12 winner in the $25K-$30K bracket. At the high end, the still off-roadable L405 Range Rover is a real competitor for the Mercedes-Benz S-Class, BMW 7-Series, and maybe even the Bentley Continental Flying Spur.

Like Baruth said at TTAC, the current Range Rover isn’t what it used to be and isn’t what it should be. That doesn’t mean the fourth-generation Range Rover isn’t spectacular. It’s exceedingly powerful, particularly beautiful inside and out, full of Bridge of Weir leather that you won’t find in lesser SUVs, equipped with a stereo that will have Jesse Cook’s guitar giving you goosebumps the size of an Evoque, and roomy enough to make you consider hiring a chauffeur.

The new Rangie isn’t the best Range Rover of all time, but it’s almost certainly one of the best new vehicles you can buy today.

—–
Engines: 375 horsepower; 375 lb-ft of torque from a 5.0L V8 or 510 horsepower; 461 lb-ft of torque from a supercharged 5.0L V8
Base USD/CAD Price: $83,500 / est. $98,120
City Fuel Economy: est. 13-14 miles per gallon
It’s Not Perfect: You’ve heard about Land Rover’s infamous reliability ratings? While it’s true that the least reliable vehicle in 2013 is at least as reliable as the most reliable vehicle from 1970, there are some factors you’ll want to consider. When you buy (or probably lease) a new Range Rover, make sure an alarm is set on your iPhone for the day its warranty runs out. And trade that bad boy in. By the way, you won’t get as much on trade as you’d hoped.
Sales Stats: In the U.S., Range Rover sales improved in four consecutive years through 2011. Canadian Range Rover sales have been mostly steady over the last decade. In the first eleven months of 2012, the Range Rover accounted for 17% of all U.S. and Canadian Land Rover sales. The new model will likely bring about an increase in that figure.

Viable Alternatives: At the high-end, the Mercedes-Benz G550, and at the low(er) end, the Toyota Land Cruiser.