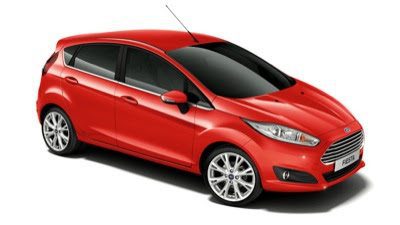 The Ford Fiesta once again ended a calendar year as the best-selling car in the United Kingdom. In 2012, not only did the Fiesta post a 14% year-over-year increase in UK registrations, it overcame last year’s decline to record a 6% improvement compared to 2010.

In second spot, the Vauxhall Corsa posted the second-best year-over-year increase among the ten most popular cars in the United Kingdom. The Ford Focus fell from second spot in last year’s rankings to third this year; Vauxhall’s Astra moved up from fifth to fourth; and the Volkswagen Golf did the opposite.

Nissan’s 16% jump in Qashqai registrations was best of the bunch. The Qashqai, assembled in the north of England by workers in Sunderland, accounts for 43% of all Nissans sold in the UK.

After trailing much of the year, the BMW brand took over from Audi as the best-selling premium brand in the United Kingdom by outselling Audi by 5389 units in December 2012. The 3-Series and 1-Series obviously played the largest roles in that event. The two small BMWs are responsible for six out of every ten BMW registrations in the UK.