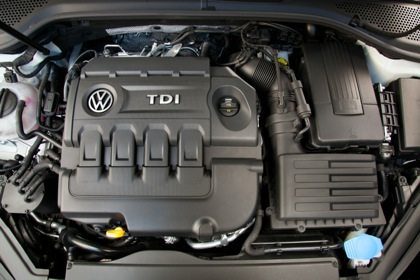 Auto News For Tuesday, September 29, 2015 – Volkswagen May Have A Diesel Emissions Solution

PROBLEM SOLVED?
We don’t know exactly what the solution is, but Volkswagen’s new CEO, former Porsche boss Matthias Mueller, told a group of VW managers that the automaker will be presenting a recall solution with manipulated software to regulators in the coming days. The sooner Volkswagen gets this crisis behind them, the less impact it will have on their reputation in the future.

RECALL
American Honda is recalling 17,796 copies of the 2015 Fit because the Fit, “may experience damage to the wires inside the Plug Top Ignition Coils (PTC) due to improper protection against electrical noise.”

TESLA
Tesla’s third model – and the second purely in-house model – will be the Model X utility vehicle. We’ve seen pictures, but at 8:00 PM tonight in California, Elon Musk will reveal the production Model X tonight and hand over the first versions to paying customers.

REVIEW
Infiniti USA kicked off the EX35’s tenure way back in 2008. This QX50 is essentially the same vehicle, although it uses a more powerful 3.7L V6. And it’s quite a bit longer.

WATCH
Open to new ideas? Ssangyong isn’t about to begin marketing its cars in North America, but across the pond, the Korean automaker operates in the UK with some of the least costly vehicles you can buy. This is the 2015 Tivoli.