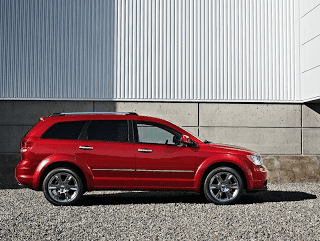 Solidifying its position as the 2013’s leader, the Honda CR-V cruised to a strong finish in December, outselling the Ford Escape by 4297 units. Escape sales rose 21.5% in December.

With 295,993 sales, it was Ford’s second most popular model. But it was not quite as popular as the Honda CR-V in 2013, and it certainly wasn’t as popular in December.

Honda and Ford account for five of the top 20 best-selling SUVs and crossovers in America in December. Jeeps were in sixth, seventh, and 13th positions, as the Cherokee outsold the Wrangler. There were also five GM utility vehicles in the top 20.

• Top 25 Best-Selling SUVs In America – 2013 Year End
• All 270 Vehicles Ranked By 2013 Year End & December U.S. Sales
• All 91 SUVs Ranked By 2013 U.S. Sales
Historical monthly and yearly sales figures for any of these best-selling SUVs and crossovers can always be accessed through the dropdown menu at GCBC’s Sales Stats page, and for those not viewing the mobile version of this site, near the top right of this page, as well. GoodCarBadCar has already published the list of America’s best-selling trucks and best-selling cars in December and in short order will also be publishing 2013-specific editions.
December 2014 • January 2014 • November 2013 • December 2012