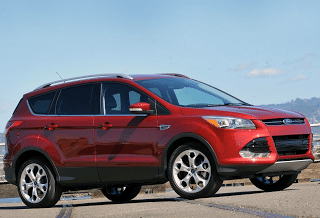 Gaps were filled in by three Chrysler Group products, three Nissans, two Hyundais and a Kia, and one Volkswagen. The highest-volume minivan was the 31st-ranked Honda Odyssey, although the Chrysler twins, if combined, would form America’s 14th-best-selling vehicle line.

The one key difference between last year’s version of this list and the 2013 version is the way Toyota Prius sales figures are displayed, with the two other Prius bodystyles, C and V, being counted separately in 2013. Even without the C and V Prii, the Prius was still one of America’s 25 best-selling vehicles in 2013.

Knocked off the list from last year’s edition? Just one vehicle, the Dodge Grand Caravan. In its place you’ll find the Nissan Sentra, which ranked 43rd a year ago.

Historical monthly and yearly sales figures for any of these best-selling vehicles can always be accessed through the dropdown menu at GCBC’s Sales Stats page, and for those not viewing the mobile version of this site, near the top right of this page, as well. GoodCarBadCar has already published the list of America’s best-selling trucks, best-selling SUVs, and best-selling cars in 2013 and has also posted December-specific editions, links for which you’ll find at the bottom of this post.

Source: Automakers & ANDC
^ Prius breakdown by variant
* BMW, not GoodCarBadCar, has chosen to combine the 3-Series and 4-Series in their monthly U.S. sales reports.