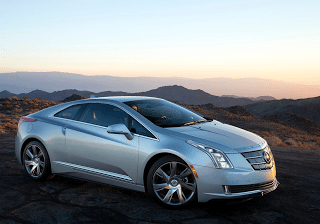 December 2013’s fastest falling vehicles in America were an eclectic bunch. Led by GM pickups which are either defunct or on hiatus, the 20-vehicle-long list also includes a Japanese hypercar, an all-electric Mitsubishi, a true minivan, a Swedish hatchback, and numerous small cars.

Yet some vehicles which reported sharply declining sales in December weren’t all that rare: BMW sold nearly 2000 X5s; Toyota sold more than 2000 Venzas. So we have another list that shows true rarity. It’s a list where you’ll find European sports cars like the Jaguar F-Type, supercars like the Mercedes-Benz SLS AMG, forgotten sedans like the Volvo S80, and slowly dying nameplates like the Acura ZDX and Chevrolet Avalanche.

And the brand new-to-market Cadillac ELR, which will remain rare. But not this rare.

GCBC made changes to America’s worst-selling vehicles list late in 2013 in order to avoid arbitrary price distinctions, intended sales volumes, and production delays and departures. Every vehicle is eligible, save for limited market cars like the Honda FCX and cars which sold not at all in December, all of which are mentioned at the bottom of this post.