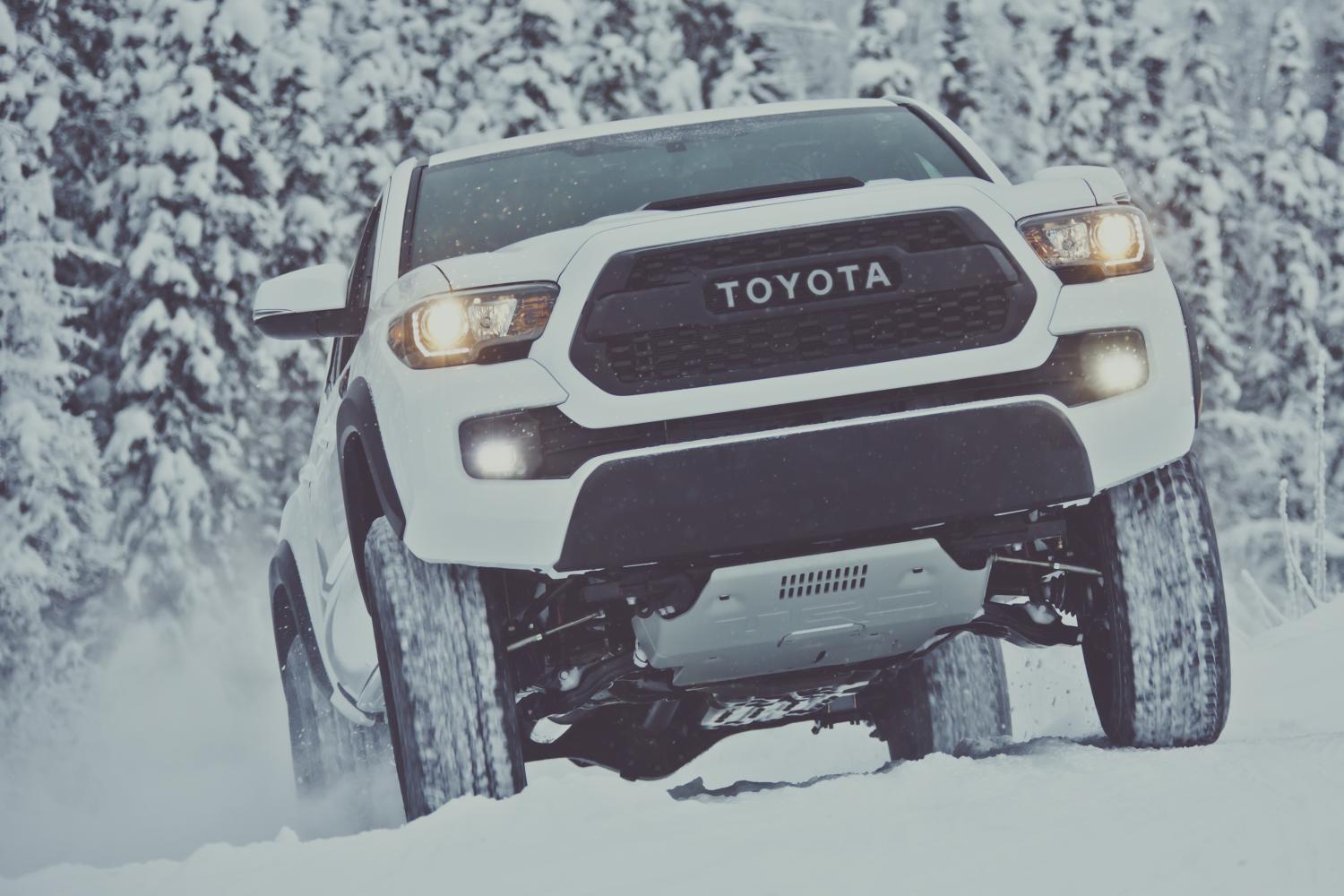 Top Selling Vehicles by Brand in the USA in 2017 – Toyota

The Toyota brand came second overall in our brand rankings for calendar year 2017’s sales, and is another badge riding the wave of a strong surge in SUV sales.

Jack Hollis, Group Vice President and General Manager of Toyota division, was pleased with the brand’s results, and optimistic about where the brand was positioned heading into 2018: “We are well positioned to continue our retail leadership in 2018, driven by a growing economy, consumer confidence and segment-leading products like RAV4 and Camry.” 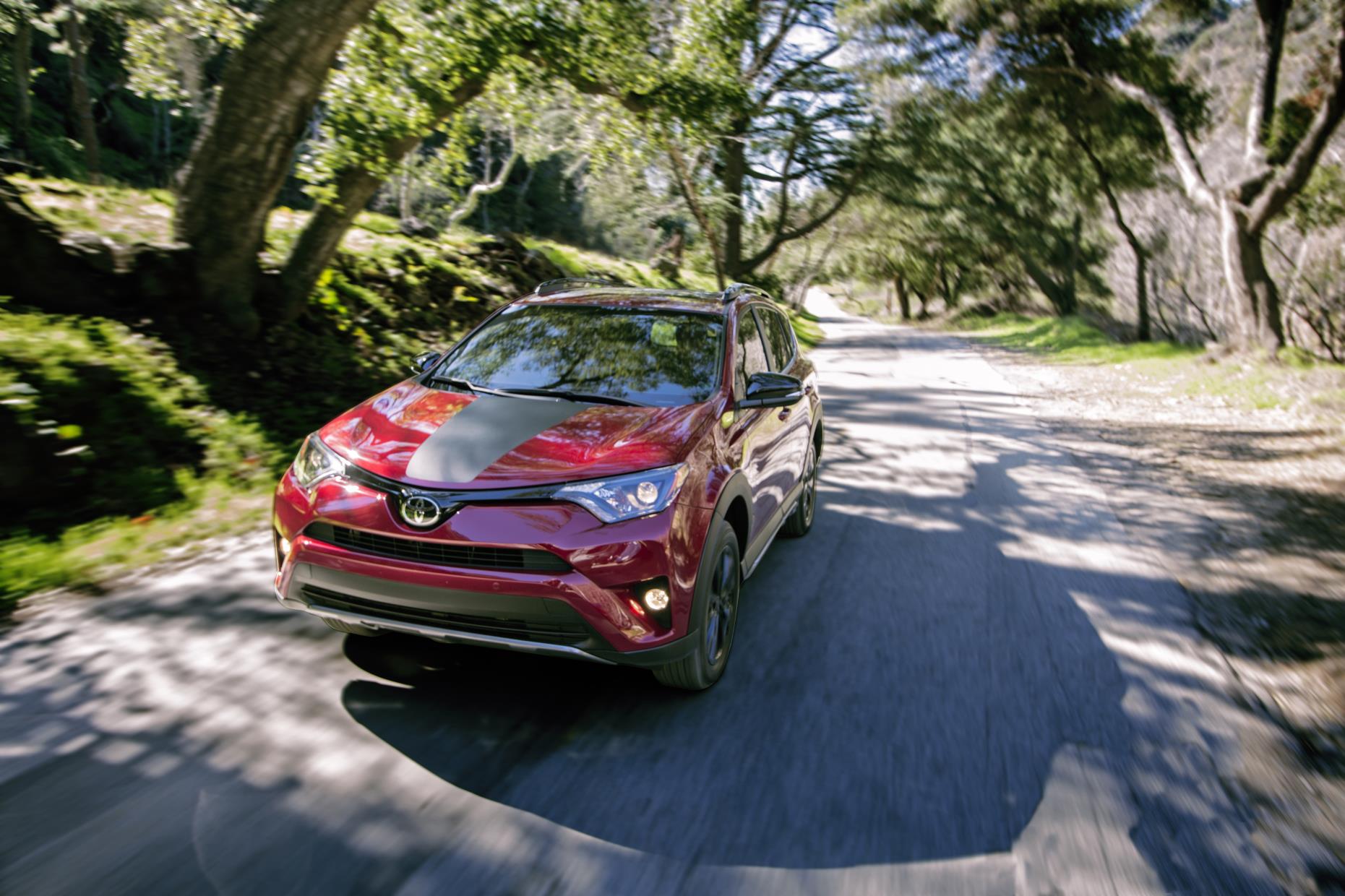 The Toyota RAV4 has undoubtedly been the rising SUV star of 2017. Posting year-on-year-growth in every month of the year bar December 2017, the RAV4 cracked the 400,000 sales barrier in a record year for Toyota’s small SUV.

However, that success has brought with it fierce competition. The Nissan Rogue has been hot on the RAV4’s heels, particularly in the second half of 2017. It also broke the 400,000 units shifted barrier for the year, with around 4,000 sales separating the pair at the top of the SUV standings.

With the RAV4’s sales momentum appearing to tail off somewhat in the final quarter, could 2018 see it usurped by another Japanese SUV nameplate? 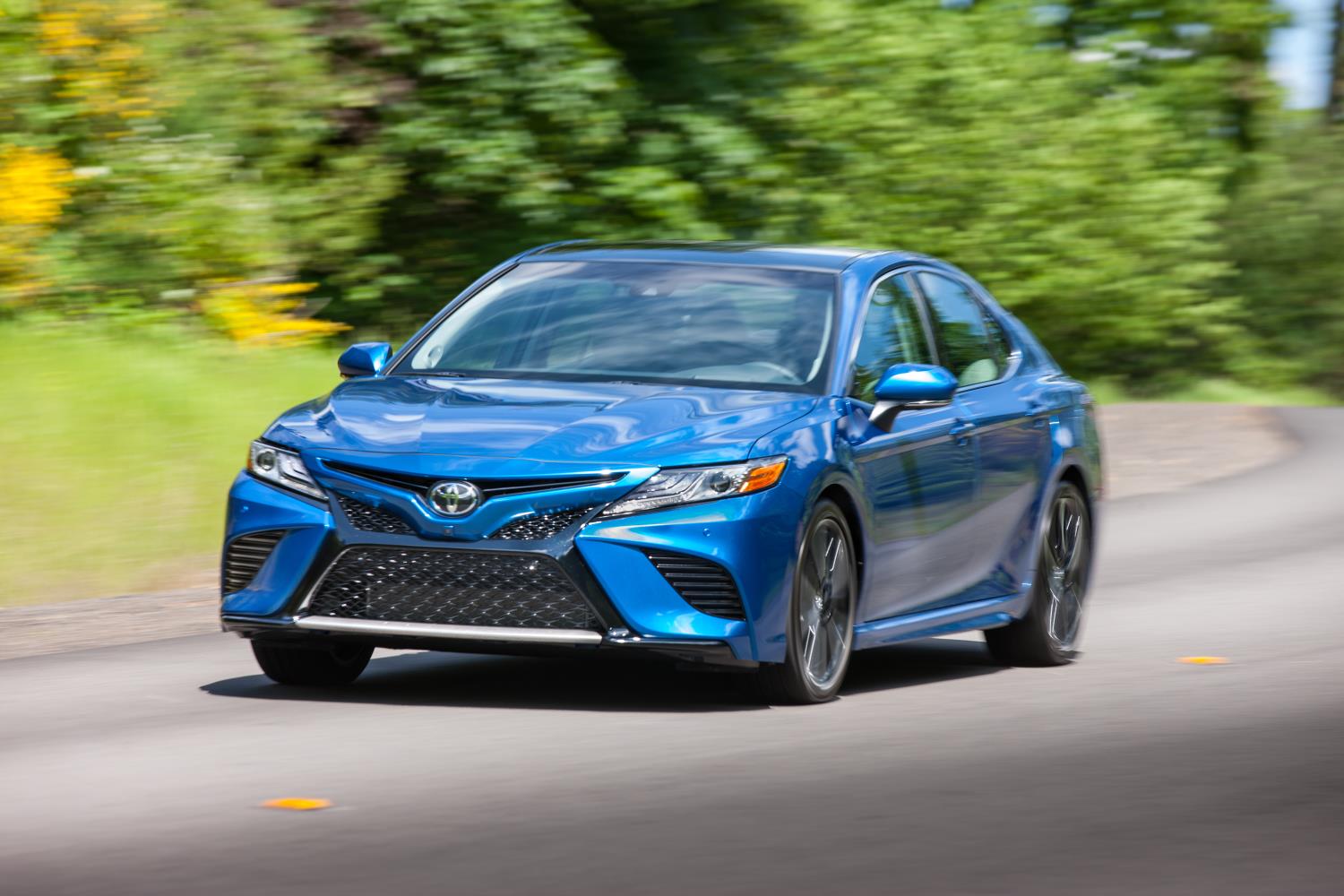 The Camry has traditionally been the US market’s favourite mode of four-door sedan transport.

2017 saw it fall behind SUV rivals from Nissan and from Toyota (see RAV4, above), fallin to sixth place in the overall vehicle rankings for calendar year 2017.

An all-new Camry was introduced in 2017, debuting at the North American International Auto Show at the start of the year and going on sale from around July 2017. Its strongest month of sales in 2017 was in December – incidentally its best month since August 2014. Q4 of 2017 was also a record quarter for Camry.

With Toyota launching its TNGA (Toyota New Global Architecture) platform underpinning the 2018 Camry, the eighth generation has been considered and improved from every possible angle. 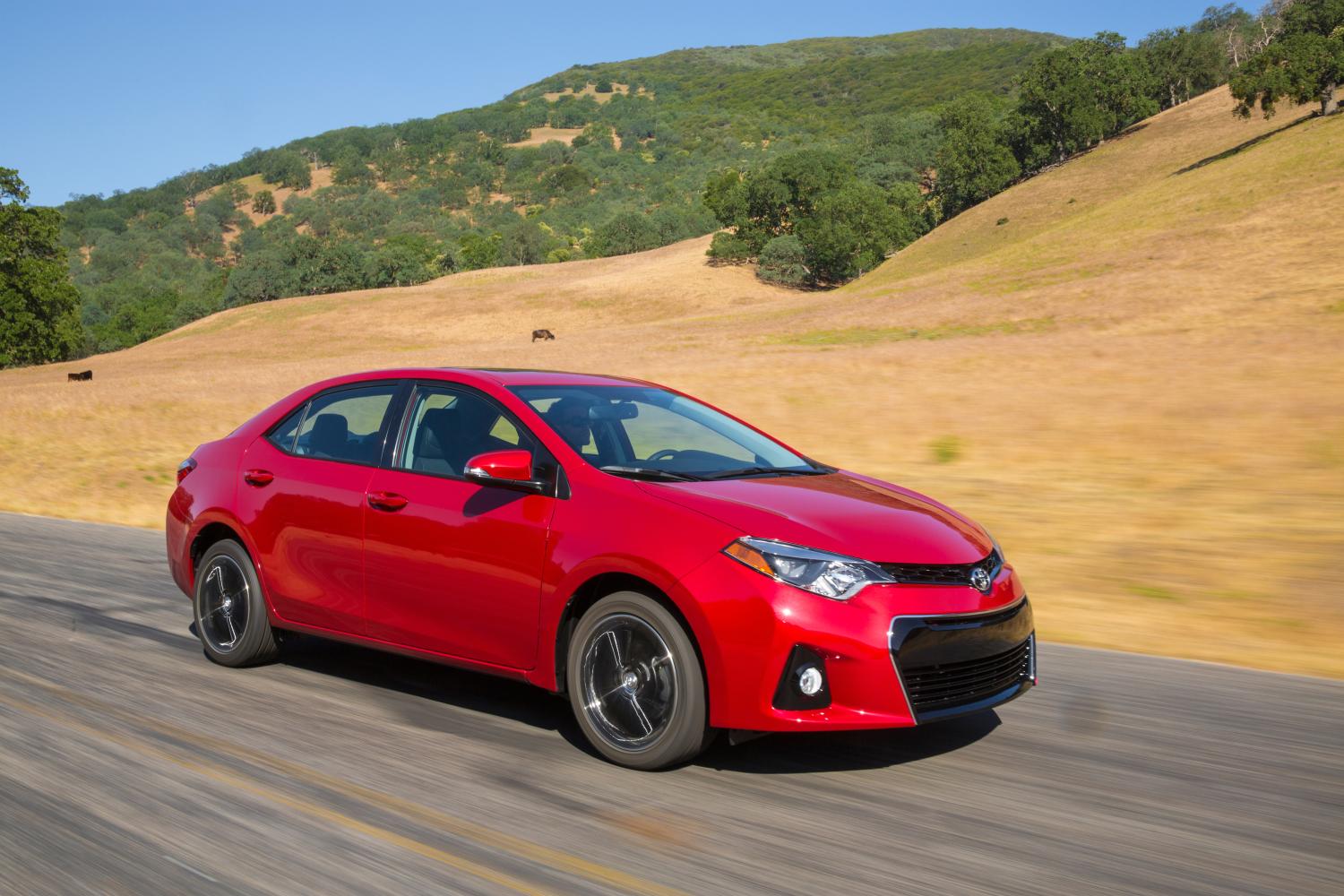 While the Camry fell two places to sixth in the overall vehicle sales rankings, the Corolla tumbled from fifth to ninth from 2016 to 2017.

Corolla sales dipped below 20,000 units a month in November 2017 for the first time since 2012, just prior to the introduction of the current generation.

Now in its eleventh generation, the Corolla received a mild refresh in 2017, but isn’t due for replacement until 2020.

Toyota is in the headlines right now for its new Alabama production plant venture alongside Mazda, but that won’t be operational until 2021. Despite drops in small car sales, Toyota needs more Corollas for the Morth American market. The new plant will bring capacity to produce over 300,000 Corollas per year, but it’s still three years away. 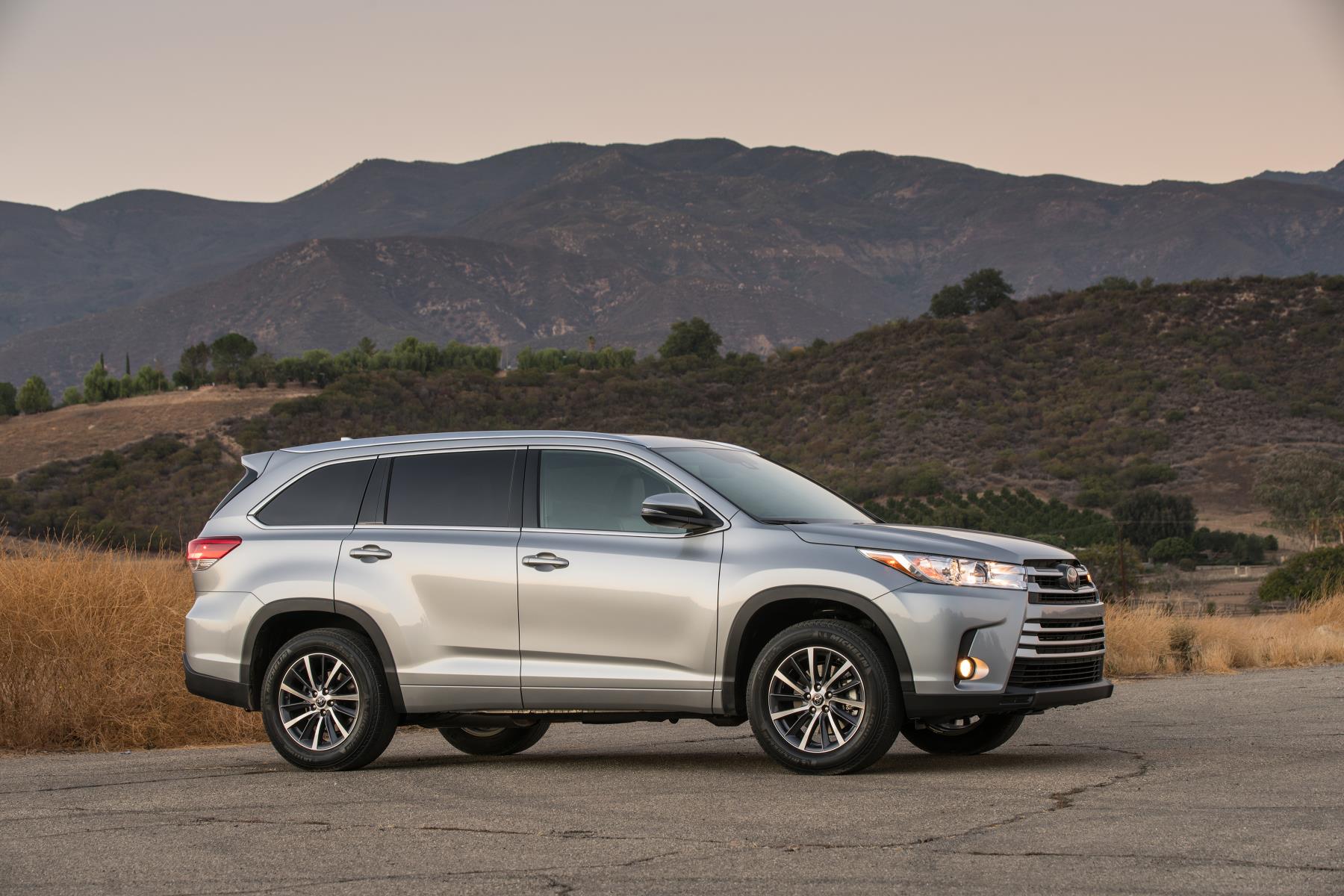 Taking eighteenth in the overall vehicle standings, with an all-time record for its nameplate, the Toyota Highlander was the brand’s third best-selling vehicle in the USA in 2017.

The Highlander outdid its previous self in ten out of the twelve months to December 2017, and came third in the midsize and crossover SUV chart for the calendar year.

In 2016 it had missed out on outselling the Jeep Wrangler by just 395 sales. In 2017, with the Wrangler undergoing a changeover, the Highlander outsold it by more than 25,000 sales

The Tacoma came painfully close to topping 200,000 sales in 2017, its best year of total sales since its introduction.

Toyota’s mid size pickup was top of the mid size charts, and while the gap to the full-size GMC Sierra remained considerable, there were signs of it narrowing between the Sierra’s 1.7% decrease and the Tacoma’s 3.4% increase.

Toyota is clearly confident in its pickup’s pedigree, too. While its plant in Mexico was originally slated for Corolla production, in 2016 Toyota changed its mind and decided that it required more volume of Tacomas over the Corolla, moving production of Corolla to a Mississippi plant that will not be operational until 2021.