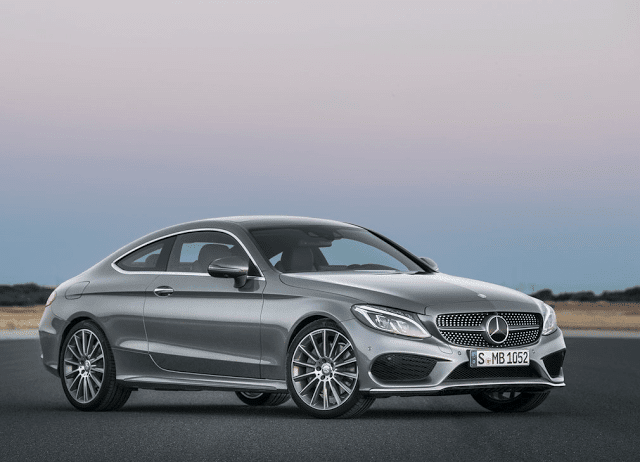 NEW TURBO
Lexus gives in to a trend of ever-bigger cars with ever-smaller engines. The company’s new 2.0L turbocharged engine which debuted under the hood of the NX200t and will soon appear in the IS sedan will also now become the base engine in the GS lineup. They’ll call it the GS200t.

NEW COUPE
The 2017 Mercedes-Benz C-Class Coupe is based on the very handsome new C-Class sedan. The two-door C-Class is even better looking.

NEW SUV
It’s a ghastly thing, and it’s bound to be rare, just as it is now. But the interior of the 2016 Lexus LX570 is something to behold.

RECALL
Nissan is recalling 5458 brand new 2016 Maximas because, “due to an improperly installed o-ring that may not have been seated correctly at the time of assembly, fuel may leak during a crash from the area where the fuel sending unit attaches to the fuel tank.”

TTAC
In July 2015, for the first time in America, the Porsche Macan was the best-selling Porsche in America. And it’s not really stealing many Cayenne sales.

AUTOFOCUS
The Toyota Camry is back on top as Canada’s best-selling midsize car. For a decade, the Camry has been trading places with the Ford Fusion at the top of the leaderboard.

WATCH
The Mercedes-Benz SLS AMG wasn’t the most beautiful car to ever be sold in a Mercedes-Benz showroom. But it’s a stunning piece of engineering and styling, nevertheless. And to see one absolutely destroyed at a junkyard is a painful experience.