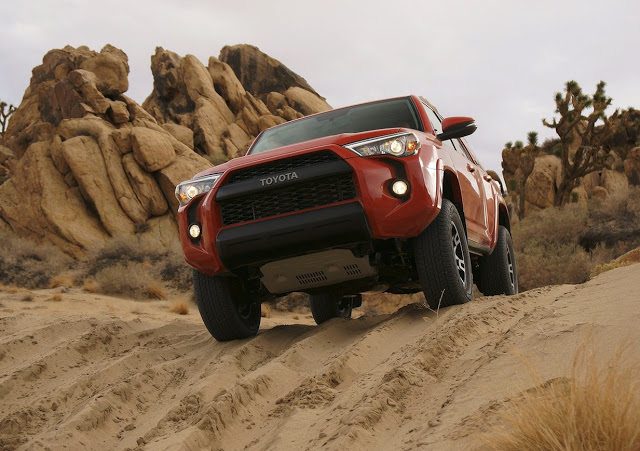 U.S. 2016 Sales: Complete List Of Every Body-On-Frame SUV On Sale In America

Americans registered 6.9 million SUVs and crossovers in 2016, a 7.5% year-over-year sales increase compared with 2015.

U.S. sales of body-on-frame SUVs, however, jumped 8.8%, a gain of nearly 62,000 units. These traditional SUVs saw their market share rise marginally to 11% despite the 5% decline reported by their leader, the Jeep Wrangler.

Of the 20 body-on-frame SUV nameplates that generated sales in the United States in 2016, only five reported fewer sales in 2016 than in 2015. Two of those five – the Nissan Xterra and Toyota FJ Cruiser, were discontinued. The Jeep Wrangler and Lincoln Navigator, down 13%, will both soon be replaced. The Lexus GX460 posted a modest 0.3% decline worth only 64 lost sales.

Fiat Chrysler Automobiles, with the Jeep Wrangler alone, produced 25% of all BOF SUV sales in 2016. Toyota, via the 4Runner, Sequoia, Land Cruiser, and two Lexus SUVs, earned 21% of the sector’s volume. The Ford Motor Company owned 9% of the BOF SUV market. Leftovers were snapped up by Nissan, Land Rover, and Mercedes-Benz.

With Ford’s announcement at Detroit’s North American International Auto Show earlier this month, we learned that the reborn Ford Bronco – still a few years away – will be a traditional body-on-frame SUV based on a returning Ford Ranger. Discussions at General Motors about a Colorado-based SUV to stand up against the Toyota 4Runner, perhaps at a lower price point, will produce interesting results, as well.

* LR4, known formerly as the LR3 and elsewhere as the Discovery, uses something of a hybrid ladder frame/monocoque construction. Land Rover calls it IBF, for Integrated Body Frame.