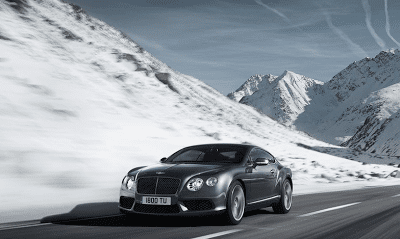 Bentley sold vehicles to Americans at a significantly higher rate in 2011 than the company did in 2010. But that doesn’t mean Bentley’s selling rate in 2011 was anywhere near all-time-best status.

There’s also some dispute as to how many cars Bentley Motors actually sold in the United States in 2011. With 1430 sales in 2010, Bentley’s alleged year-over-year 32% increase does not take the company’s 2011 sales figures to their purported total of 2021 cars. It seems as though this total was likely meant as a figure representing North American consumption (which certainly seems accurate) but has been taken by some in the media to indicate United States sales only
Regardless, Automotive News is reporting that Bentley USA sold 1877 cars in 2011, up 31.3% from 2010. Again, that’s more than a decent rise – the market as a whole climbed just 10.3%. But not too long ago, the market was bigger, and so was Bentley’s U.S. sales total. That’s what the traditional GoodCarBadCar chart is for. Without examining it too closely you’ll quickly see that Bentley’s 2011 total, though ridiculously healthy for a company which only sells gigantic cars with lofty price tags, isn’t what it used to be.
In the last decade, Bentley sales peaked at 3990 in 2007. From that point to 2011, sales dropped 53%, falling consecutively in 2008 and 2009 before rising slightly in 2010 and, again, significantly in 2011.
Related From GoodCarBadCar.net
U.S. Auto Sales By Brand – 2011 Year End
Top 30 Best-Selling Luxury Vehicles In America – 2011 Year End
Luxury Auto Brand Market Share In America – 2011 Year End
Porsche Sales In America: 2002 – 2011
Maserati Sales In America: 2002 – 2011