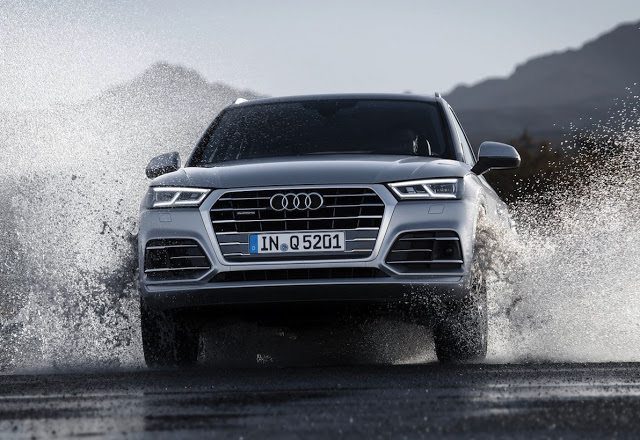 Canada’s best-selling luxury brand, Mercedes-Benz, sold 1137 copies of its C-Class sedan and coupe in April 2017. The wagon doesn’t arrive until later this year, and not with the diesel engine originally intended.

Meanwhile, the only premium brand vehicle that sold more often in Canada last month was the Audi Q5, sales of which soared 38% to 1254 units, the best month ever for Audi Canada’s best-selling product.

Among vehicles with base prices over $50,000, there were only three cars.

Mobile users can now thumb across the table for full-width access.

Source: Automakers & Global Automakers Of Canada
* A4 sales include sales of the unreported Allroad.
^ Mercedes-Benz Canada’s figures combine the E-Class with the CLS.
† Escalade breakdown by model.
$50,000 CDN (before delivery) is an arbitrary borderline, but if GCBC was to follow this new system of designating only expensive vehicles as luxury vehicles, $50K seemed like a safe place to begin – it equals the approximate average U.S. new car transaction price plus $15,000, plus another $5000 to account for Canadian increases. Plenty of less expensive vehicles with specific models feature prices above $50,000 – M, RS, and AMG models come to mind, specifically – but in the case of this list, we know that none of the registrations were of cars priced below $50,000.