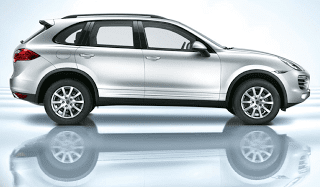 Highlighting Porsche after its worst month of the year might seem like an odd decision, but there’s perhaps no better way of showcasing just how important the Cayenne is to Porsche Cars Canada.

The Canadian market fluctuates depending on the season, so it’s not surprising to see that Porsche sales dropped in the November early winter. But Porsche sales were actually down 21% from October while the overall market slid less than 4%. In fact, Porsche sales have declined every month since April, from a yearly high of 323, to May’s 242, June’s 200, July’s 175, August’s 167, and September’s 167.

November’s poor Porsche volume has plenty to do with the fact that customers would rather wait for the new 991-series 911 Carrera than spend their third-quarter bonus on a run-out edition of the 997-series 911. The 911, however, isn’t all that important to Porsche in terms of outright volume: in April, the 911, Porsche’s second-best-selling car that month, made up less than 20% of all Porsche Canada sales. As for the Cayenne’s importance, remember that even in April, when other Porsches were selling way more frequently than they were in November, the Cayenne accounted for 56% of all Porsche Canada sales.

Porsche is now an SUV builder which makes sports cars on the side. And get this: Porsche Canada’s press release said, “sales of the new Cayenne continued to be constrained by supply.” Yep, they’re pretty sure they could have sold more. Admittedly, Porsche probably would have sold more 911s in November, as well, if only the new car was already here. Think this is just a Canadian phenomenon? 45% of all Porsche USA sales this year have occurred at the Cayenne’s end of the showroom.

Detailed sales figures for every specific Porsche sold in Canada last month are below. Porsche enthusiasts will be thrilled to hear that the best-selling 911 was the wild GT3 RS 4.0, which tallied 21% of all 911 sales. You can find monthly and yearly sales figures, both American and Canadian, for every current Porsche model by accessing the dropdown in the top right of this page or by clicking the links below the chart.