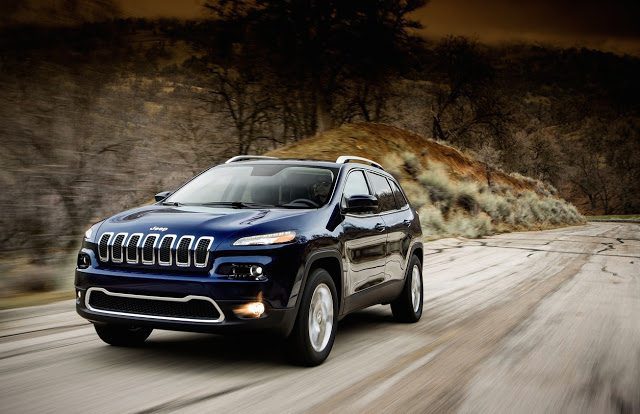 14 of Canada’s 20 best-selling SUVs and crossovers and 31 of the top 40 most popular utilities through the first four months of 2016 are selling more often this year than they were one year ago.
The SUV/crossover sector as a whole is up by a fifth, an increase of 38,000 sales over the course of four months. A hefty chunk of those additional sales were added by all-new models, small utility vehicles that weren’t on sale in early 2015.

The Honda HR-V, Mazda CX-3, and Land Rover Discovery Sport are responsible for bringing 7207 additional buyers into the SUV fold.
But it’s the top-selling small utility vehicles that sit at the core of the Canadian SUV/crossover world. The Toyota RAV4, Honda CR-V, Jeep Cherokee, Nissan Rogue, Mazda CX-5, and Hyundai Tucson combined for 9500 extra sales, year-over-year, in the first-third of 2016, an 18% gain.

Premium contenders are increasingly not low-volume contributors. Mercedes-Benz’s GLE, the Lexus RX, and BMW X5 all rank among the 40 top-selling utility vehicles in Canada; all three posted better growth numbers than the overall sector in the first four months of 2016.

Reminder: these are 2016 year-to-date rankings, but you can sort vehicles by April 2016 volume by clicking the April 2016 column header, or you can rank vehicles by improvements or declines using the % columns.
medianet_width=’300′; medianet_height= ‘250’; medianet_crid=’717379412′; Or, most importantly, you can list automakers together by selecting the SUV/Crossover column header. At any time, click the Rank column to return to the original format. If you’re on a mobile device, you may need to choose the full version of the site (at the bottom of the page) in order to use the sortable function.

Source: Automakers & Global Automakers Of Canada & ANDC
* Italicized unranked lines are nothing more than available breakdowns, already included in the model’s total, not in addition to the model’s total.
³ Total Santa Fe sales:  up 10% to 3916 in April; up 5% to 10,854 YTD.
¤ Automakers release sales figures for the M-Class and GLE together and the GLK and GLC together
º Land Cruiser is a commercial vehicle in Canada.