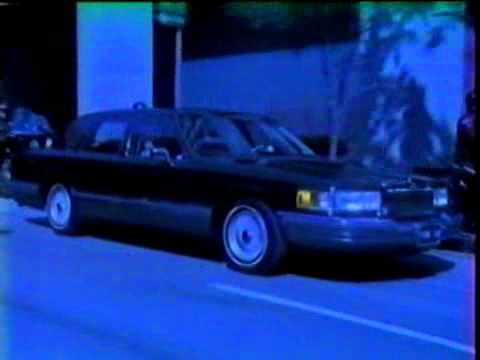 Home
Top Level Reports
Brand Marketshare
Luxury isn’t simply that which is nice. Besides, what was “nice” two decades ago now seems poorly equipped and underpowered. However, the “nice” version of a basic consumer product – Starbucks being a premium blend of coffee compared to the mainstream Tim Hortons brand – can typically be considered the luxury version. Does this mean Starbucks makes better coffee? That’s subjective. Is it the better value? I’m not a coffee drinker, so I couldn’t tell you.

It is undoubtedly the premium-priced drink. By this standard, one could easily make the case that the Mini Cooper is a luxury car: it is the premium-priced version of the genus veehikula subcompactus. GoodCarBadCar hesitates to call a $23,950 vehicle a “luxury” car. Likewise, Buick’s status as the lesser of two upper-class GM brands (and its lack of a proper flagship automobile) lessens its impact as a premium/luxury brand. Compared with the often $20K+ Chevrolet Cruze, clearly a normal brew, is the $22,895 Verano a premium blend? And, fair question, is Acura, a brand which is known for selling restyled and nicely-equipped Hondas, a true luxury brand?

At GoodCarBadCar we include Acuras in the best-selling luxury list, but not Buicks, and we include every nameplate built by established premium players like Mercedes-Benz and BMW and Audi. The justification for not drawing a line at an obviously high-end base price, say, $40,000 Canadian dollars, goes like this. The Cadillac Escalade ESV is a luxury Suburban, so considering the $53K+ Suburban a luxury vehicle (just because it’s expensive) doesn’t seem right. If you want a luxurious Suburban, buy the Suburban LTZ and option it up. If you want a premium Suburban, however, you buy an Escalade ESV.

Yet the sub-$40K Lexus ES350 is a luxury Camry, so regardless of its lower price, it represents high-end thinking in a segment (midsize cars) where prices normally reside below $30,000. Likewise, the Mercedes-Benz B200 is a very Toyota Matrix-like vehicle, but it can easily cost twice as much as the Toyota (quite rightly), so how can we not call it a premium version of the typical tall hatchback?

When a mainstream vehicle features a high-end price, like the Volkswagen Touareg, GCBC includes it as a luxury vehicle. It’s hard to see the 280-horsepower $48,875 Touareg being compared with a 276-horsepower $31,395 Kia Sorento.

You can always use the searchable sales-by-model database to find the sales figures for any vehicle and insert it into your own rankings. For example, you may want the Buick Verano to be considered a luxury car. So, go to this page, ask for the Verano’s historic monthly and yearly sales breakdown, find out GM Canada sold 425 Veranos in November, and slot the smallest Buick in ahead of the Acura RDX, BMW X5, and Acura ILX. That wasn’t hard. You’re under the impression that the Chrysler 300 is a luxury car? That’s more than fair. Find its sales figures here (266 in November) and position the biggest Chrysler sedan behind the Lincoln MKX.

By GCBC’s definition, the BMW 3-Series was the best-selling luxury vehicle in Canada in November 2012. Its year-to-date lead over the Mercedes-Benz C-Class grew by 81 units last month. The Audi Q5’s position atop the SUV/crossover leaderboard shouldn’t be surprising, either, not when Q5 sales are rising and the next three best-selling SUVs are falling; not when the Q5 had a record month in October and then broke that record last month.

Canada’s 30 best-selling luxury vehicles from November 2012 are ranked in the table below. If, that is, you consider the 30 vehicles below premium enough. They all cost more than the most expensive Starbucks drink, a drink that’s undoubtedly luxurious… by coffee standards.

Source: Manufacturers & ANDC
Red font indicates year-over-year declining sales
GCBC qualifies all vehicles from Lexus, Mercedes-Benz, BMW, Acura, Cadillac, Audi, Infiniti, Lincoln, Volvo, Land Rover, Porsche, and Jaguar while also making exceptions for overtly premium cars like the Chevrolet Corvette, Nissan GT-R, Volkswagen Touareg, Hyundai Equus, and (reluctantly) Hyundai Genesis. Buick’s lack of anything truly high-end hinders its value-priced vehicles from qualifying as premium despite the image Buick held in a previous era. Yes, this means the B-Class is eligible because of the S-Class; the A3 because of the R8, to an extent. Unfortunately the lack of data separating vehicle trim lines from one another (F-150 XL vs F-150 Platinum, for example) means vehicles like the GMC Yukon Denali and Jeep Grand Cherokee SRT8 aren’t included. None of this should lead you to believe the Chrysler 300 and Toyota Avalon and Buick Enclave aren’t luxurious, particularly as they’re viable competitors for true premium players.