From two Jeeps on Canada’s list of the 20 best-selling SUVs and crossovers in June, Chrysler’s SUV brand doubled its best-selling nameplate total in July by adding the 17th-ranked Compass and 19th-ranked Patriot.

The sole premium brand utility vehicle in the top 20 in July was not the Lexus RX, as it was last month. BMW’s X1 finished 20th among SUVs/CUVs in July 2012. Sales rose 74% year-over-year. 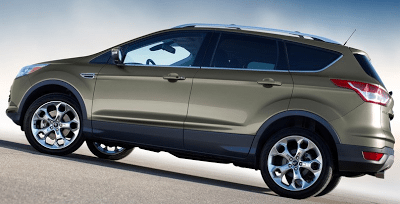 Half of the vehicles on this list of the 20 most popular SUVs in Canada wear American badges, including three in the top three. Despite the bad press that often arrives with recalls, the Ford Escape posted a year-over-year gain of 14% and outsold its nearest rival, the Dodge Journey, at a rate of 1.6-to-1 in July. The Honda CR-V, Canada’s second-ranked SUV through seven months, fell to fourth spot in July, as it trailed the surging Ford Edge by one unit.

GoodCarBadCar published July’s list of Canada’s 20 best-selling cars earlier this morning. The U.S. version of this post can be viewed here. Historical monthly and yearly sales figures for all these SUVs can be found by accessing the first dropdown menu at GCBC’s Sales Stats home. Below, Canada’s 20 best-selling SUVs and crossovers from July 2012.