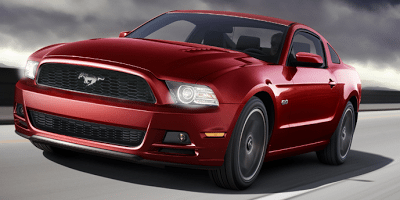 Measured by percentage decline, the Chevrolet Camaro was the 15th-worst-selling vehicle in Canada in 2012. Volume slid 32% to 2557 units; down 38% from 2010 levels. Ford Mustang sales were twice as strong as Camaro sales in Canada in 2012.

Don’t take the Mustang’s victory to mean muscle car sales are roaring in Canada. For one thing, you already know that the Camaro is crumbling. But Dodge Challenger sales are disappearing, as well, falling 37% in 2012 after falling 24% in 2011. And the Mustang? Ford sold nearly twice as Many Mustangs in 2005 as in 2012, even though the overall Canadian new vehicle market has experienced 6% growth since 2005.

Healthy growth was enjoyed by the Porsche Boxster, which sold at a better rate than it has since 2008, when 277 were sold. Porsche Canada once again sold 277 Boxsters, but in 2012, the majority of the Boxsters sold were third-generation Good 12-winning 981 Boxsters, not second-generation 987 Boxsters.

When discussing sports cars, it’s a lot easier to talk about Porsches than front-wheel-drive Hyundai Velosters. We’ve tried to make an exhaustive list here, and just as we include the droptop version of the Fiat 500C and the sedan version of the BMW 6-Series (which BMW doesn’t separate from the 6-Series coupe and convertible) and a slow Honda hybrid called CR-Z, we’ve included the three-door Hyundai. The Veloster is also compared with small cars like the Honda Civic and Kia Rio here, but there’s no doubt that Veloster buyers feel they’re getting something more than a unique Accent. Perception is reality?

It would be silly to suggest that the Hyundai Veloster, turbocharged or not, is a better-selling “sports car” than the Ford Mustang. One is a front-wheel-drive sometimes-hot-hatch; the other a rear-wheel-drive American pony car. The Subaru BRZ and Scion FR-S should rightly be defined as sports cars, however, and their success in 2012 is undeniable. The FR-S sold 210 copies per month. The best-selling Scion, the tC, was on sale all year, five months more than the FR-S. The tC sold 126 times per month.

As always, you can find historical monthly and yearly sales figures for these cars and any other vehicle by selecting a make and model at GCBC’s Sales Stats home or by clicking the model name in the table below. Fortunately, the table is now sortable. Click the column headers in the tables to sort by December 2012 volume or 2012 year end volume or re-sort alphabetically.