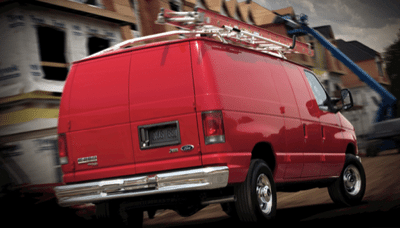 Canadian businesses and individuals registered 30,456 commercial vans in 2012. The two best sellers, both Fords, accounted for 47.5% of the commercial-oriented market. For perspective, consider the number of F-Series pickups Ford sold in 2012: a record-setting 106,358.

December was a month of many declines in the commercial van category, as only two vehicles – the Ford Transit Connect and GMC Savana – posted year-over-year increases. Compared with 2011, however, 2012 was a terrific year for commercial vans. As a whole, the segment recorded a 14.2% year-over-year increase, significantly better than the overall market’s 5.7% improvement.
All 262 Vehicles Ranked By 2012 Canadian Sales

In 2011, Ram only sold the Cargo Van for five months. The year-over-year comparison thus shows twelve months of 2012 sales, 2159 in total, against 432 in 2011. Nissan NV sales jumped 92% – Nissan Canada only sold NVs in the final three quarters of 2011, skewing that year-over-year figure. But sales of other commercial vans, aging vans at that, were up in 2012. Even the GMC Savana, a twin of the more common Chevrolet Express, rose by seven units.

As always, you can find historical monthly and yearly sales figures for these vans and any other vehicle by selecting a make and model at GCBC’s Sales Stats home or by clicking the model name in the table below. Fortunately, the table below is now sortable. Click the column headers in the table to sort by December 2012 volume or 2012 year end volume or re-sort alphabetically.