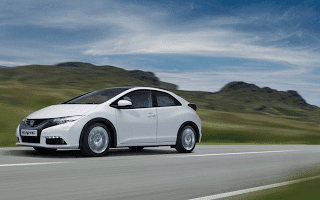 For the first time since March and for just the second time this year, the Honda Civic was Canada’s best-selling car in June 2013. The Civic ate into the Hyundai Elantra’s narrow year-to-date lead, but only slightly. With the first half of 2013 complete, the Civic is only 305 sales back of the leading Hyundai.

Hyundai, of course, is wise enough to offer a hatchback version of the Elantra in Canada. Hatchbacks are also made available by the makers of June’s fourth, sixth, ninth, 15th, and 16th-best-selling cars.

Hatchbacks form the exclusive bodystyle of the 17th and 20th-ranked cars, and there will even be a hatchback version of the 18th-ranked car, BMW’s 3-Series. But when there’s a 3-Series Touring alongside, the 3-Series GT will be silly.

Detroit nameplates produced four of Canada’s 20 best-selling cars in June, down from seven in May. (South of the border, six of the 20 top-selling cars wore American badges.) There are two Volkswagens and one BMW on this list plus five Hyundais and Kias, leaving eight Japanese brands to fill in the gaps.

Canada’s favourite midsize sedan is the Ford Fusion, and after a month in the number two spot, the Fusion grew its year-to-date lead over the Camry to 2096 units in June.

Historical monthly and yearly sales figures for any of these models can always be accessed through the dropdown menu at GCBC’s Sales Stats page, and for those not viewing the mobile version of this site, near the top right of this page, as well. GCBC has already published rankings for dozens of different brands and 20 top SUVs and 13 different trucks. This list showcases the 20 best-selling cars in Canada from June 2013.