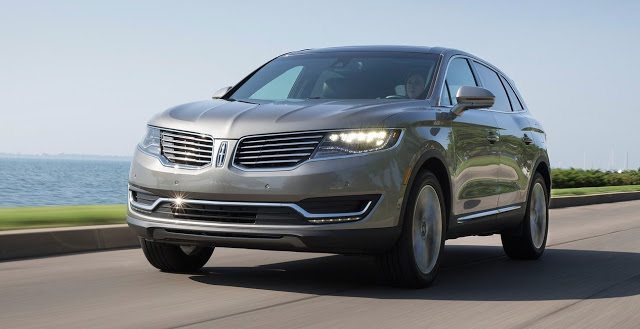 After an explosive first-quarter in which Canadian new vehicle sales surged 9% past 2015’s record-setting pace, did the Canadian auto industry soar just as high in April 2016?

Never before have Canadians registered more than 200,000 new vehicles in a single month, but April 2016 turned out to be the highest-volume month in the history of Canada’s auto industry. Sales rose 6%, year-over-year, to 200,327 units – more than that once figures for a few smaller automakers are added.

To what degree the low dollar played a role in bringing U.S. buyers across the border, we don’t know. And Desrosiers says fleet volume is higher this year, as well. If those two factors are playing a large role, it suggests we can’t look to the auto industry as an accurate barometer of overall economic health. We can, however, assume that car dealers are selling more new vehicles than ever before. The figures don’t lie on that front.

Ford Motor Company was the best-selling manufacturer in Canada in April and now trails Fiat Chrysler Automobiles, last year’s top automaker, by fewer than 1200 units heading into the final two-thirds of the year. GM’s 9% drop, meanwhile, was an industry outlier. Every other manufacturer and nearly every other auto brand reported improved sales compared with April 2015.

The greatest improvements belonged to Scion (which will die by year’s end), Land Rover, Lincoln, Buick, Volvo, Jaguar, and Mitsubishi.

BMW led all premium auto brands in April 2016 Canadian sales, though both Mercedes-Benz and Audi were close runners-up. The Ford F-Series was once again the best-selling vehicle line in Canada – F-Series sales climbed to an all-time monthly record of 13,957 units, more than most brands on this list. The Honda Civic topped the passenger car list thanks to a 10% year-over-year April increase. Toyota’s RAV4, up 19% to an all-time record of 4985 units, led all SUVs and crossovers.

Don’t like to see automakers arranged alphabetically? Click column headers to sort automakers by April sales, year-over-year change, year-to-date totals, or any other order. Best seller lists for cars, trucks, and SUVs will be added in the next couple of weeks. In the coming days, GCBC will also publish a complete list of year-to-date sales for every single vehicle line, a list which includes brand results. To find out what you can expect, you can see the 2015 year end version of that post here. You can always find historical monthly and yearly sales figures for any brand by clicking the brand name in the table below or by selecting a make (or model) at GCBC’s Sales Stats page.

Source: Automakers, Desrosiers, Global Automakers Of Canada & ANDC
Red font indicates declining year-over-year volume
* Does not include Lamborghini or Bentley
^ Excluding Sprinter: down 1.5% to 3657 in April; up 8.4% to 12,864 YTD.