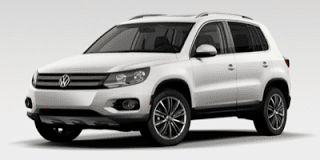 On this list of Canada’s 25 best-selling SUVs and crossovers in 2012, you’ll find 16 different brands which originate in four countries from eleven different corporations. There’s nothing too big here, not like on the U.S. version of this list where you’ll find the Chevrolet Tahoe.

The best-selling SUV in Canada was once again the Ford Escape, though sales fell slightly compared with 2011, even as Canada’s new vehicle market grew 5.7%. The Escape was undergoing a model transition, although the second-generation vehicle’s ability to sell like the first-gen Escape has often been called into question.

All 262 Vehicles Ranked By 2012 Canadian Sales
After ending 2011 as Canada’s third-ranked utility vehicle, surging sales helped the Honda CR-V climb into second spot. This meant the Dodge Journey fell back to third place. Despite strong end-of-year sales, the Hyundai Santa Fe’s own model changeover did it no favours, and the top-ranked Korean slid to fifth from fourth in 2011.

The Chevrolet Equinox, Jeep Wrangler, Ford Edge, Nissan Rogue, and Kia Sorento rounded out the top ten. In 14th spot, Ford’s Explorer beat the Jeep Grand Cherokee by 11 sales after trailing the Jeep by 877 sales in 2011. Luxury nameplates start filling in the gaps beginning with the Lexus RX in 18th spot. RX sales were up 5.5% in 2012. One out of every ten RXs sold was a hybrid. The Audi Q5 ranked 22nd in Canadian SUV/CUV sales in 2012, and its corporate sibling from Volkswagen, the tiny Tiguan, ranked 25th, 118 sales ahead of the Mercedes-Benz M-Class, sales of which shot up 44% in 2012.

Historical monthly and yearly sales figures for all these models can always be accessed by selecting a vehicle at GCBC’s Sales Stats page. There’s much more to come in the Canadian recap of 2012’s auto sales. A multitude of U.S. 2012 sales stories have already been published. Below, you’ll find the 25 best-selling SUVs in Canada from 2012, and it’s an interesting little melting pot.