Suzuki USA Is Bankrupt – Here’s Why

Oh reader, hear ye my confession. I grow impatient and frustrated when I hear people generalizing car sales statistics based on their own personal windshield surveys. Just because your drive from Wichita to Denver revealed an inordinate number of newish Chevrolet Silverados doesn’t mean the nation, the whole freakin’ United States, is buying more Chevrolet Silverados than ever before. It doesn’t mean the Ford F-Series isn’t the best-selling vehicle line in America. It doesn’t mean the American car-buying populace favours domestics, either. 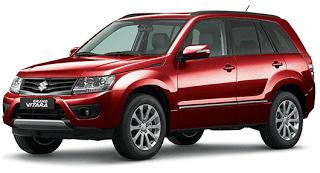 Windshield surveys have no place in national statistics. But, when it comes to Suzuki, the fact that you haven’t seen a new Suzuki in weeks does in fact mean something.

It means there aren’t any new Suzukis to be seen.

Suzuki’s U.S. operation filed for bankruptcy and sales will soon be suspended. Warranties will apparently be honoured. Deals on current inventory will undoubtedly be tempting. That Kizashi is a looker. I know, because I’ve seen one. Once, a while back. Parked at a Suzuki dealer.

But let’s get serious. Why did Suzuki fail? Perhaps it started with the Samurai’s rollover tendencies. But it all boiled down to a product lineup for which consumers had no interest. Just looking at the current Suzuki USA portfolio, we see a midsize car that’s too small, doesn’t generate enough power, and reaches for higher base prices than the best-selling Camry.

The Grand Vitara isn’t as antiquated as it looks, but in this front-wheel-drive crossover world, the off-road-ready GV appeared to be from another era.

The SX4 is a twin of a Fiat which Chrysler knows we wouldn’t want here.

You could just buy an Equator at a Nissan dealer, but most truck buyers don’t want a Frontier, either. And the Swift… oh, right. We were never offered the current, actually desirable Swift. 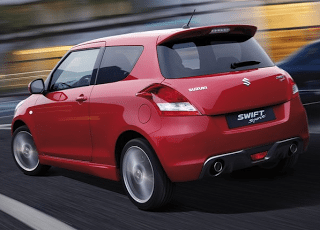 If people don’t want the cars, they don’t buy the cars. And boy did people not buy those cars. This wasn’t news to Suzuki. Their own U.S. website still calls the Kizashi, “The auto industry’s best-kept secret.”

Mourn the loss of Suzuki if you must. Competition is good for the industry, and this is one less brand competing for attention. But if you honestly take your Suzuki affection seriously, the mourning period should have started years ago. American car buyers didn’t kill Suzuki with their lack of Suzuki buying. Suzuki killed Suzuki USA by not giving American car buyers what they wanted. And the euthanasia process didn’t begin yesterday.