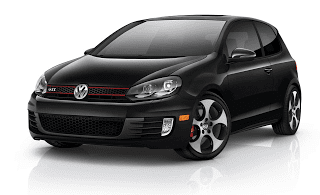 VOLKSWAGEN USA CRACKS TOP 10 – HOW’D THEY DO IT?

Not in any month during the second half of 2009 did Volkswagen of America sell enough vehicles to be a Top 10 automaker in the USA. Kia made it onto the list in July, August, September, October, and November. Lexus found its way into the Top 10 from September through to the end of the year. Even Pontiac managed to land inside the Top 10 in the two summer months. Truck-and-SUV manufacturer GMC is a regular. The automaker formerly known as niche, Subaru, routinely topped Volkswagen in 2009.

Yuppers, Volkswagen is Europe’s largest automobile manufacturer, one of the planet’s biggest overall, but selling cars in the United States? Mucho problemo. Tres difficile.….. until January of 2010, at least. Although just a scant loss of sales could have knocked Volkswagen out of contention, the iconic German badge was front and centre on the grilles of 18,019 vehicles registered in the United States last month, a number smaller than that generated by just nine other automakers. Will that trend hold true in February? It remains to be seen. Judging by the year-over-year jump in sales (scroll down for deets) of multiple VW models over the course of January’s 31 days, February could be another good month for Volkswagen of America.