The Good Car Guy reviewed March auto sales in the States, took a look at how Volvo pushes older models in Canada, continued with a numerical view of the German vs. Japan luxury rivals, and peered into the Swedish/American high-end marques owned by Detroit’s Big Two.

How about the sales results for cars available on the cheap? For this post (and maybe for this post only), you can consider the following brands as the high-value badges that compete for your $ in America: Chevrolet, Dodge, Ford, Hyundai, Kia, Mitsubishi, Saturn, and Suzuki.
If a company can’t justify selling for premium or top dollar, they need volume. Among this group, Chevrolet and Ford best personify the ‘volume’ approach to selling. Ford’s numbers this March were about 30,000 lower than in March of 2007, but with total sales of 187,828 volume still applies. Chevrolet’s percentage drop was 10 points worse than Ford’s. What was 213,156 vehicles sold in 28 selling days of March 2007 became 164,564 during the 26 sales days in March/2008. Volume, people. Volume. 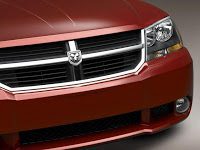 Seeing 25,000-odd sales disappear from the third month one year to the third month of the next has got to be discouraging.  Disheartening. Perhaps… depressing. Disappointing for sure. Yes, there’s an economic crisis. Housing prices, the cost of a new Xbox 360 once every month or two, food prices, fuel prices all suck.
Wait a second. Fuel prices? Ah, doesn’t the cost of fuel drive some people to small cars? Ford, General Motors, and Dodge produce a decent small car, maybe two.
Hyundai sales rose 9.8% this March. Its Kia underling had lower sales this March, 2.8% down. Mitsubishi and Suzuki are two companies that can’t rightly afford to see – signs beside their percentage changes. The drop at Mitsu was 7.7% while Suzuki’s fall was not as bad; just 2.6%.
Despite the economic crisis, Saturn’s very fresh lineup in the United States doesn’t look like the sort of model array that fits with a 7.5% percentage loss compared with March/2007. You would think that the Astra, Vue, and Outlook would help Saturn reach into cash-challenged wallets. You would think that? You would be wrong.