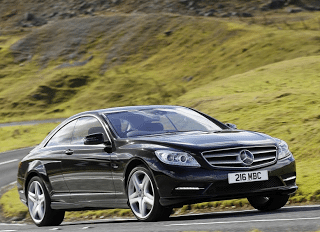 Soon to be a part of the S-Class family, the Mercedes-Benz CL-Class was America’s worst-selling vehicle in August 2013, at least when “worst” is measured by year-over-year decline.

Among vehicles priced below $45,000, nothing current sells less often than the all-electric Mitsubishi i MiEV. Nissan sold 2420 Leafs in August.

Setting aside price, the CL-Class is again the lowest-volume nameplate. Mercedes-Benz USA hasn’t sold more than 100 CLs in a single month since August 2011, not more than 3000 in a calendar year since 2007.

Historical monthly and yearly sales figures for any of August 2013’s worst-selling vehicles can always be accessed through the dropdown menu at GCBC’s Sales Stats page, and for those not viewing the mobile version of this site, near the top right of this page, as well.

Source: Manufacturers & ANDC
Vehicle must have been on sale in August 2013, must not have been officially cancelled by its manufacturer, and must have been showcased on manufacturer’s website through August 2013. Chevrolet’s Caprice PPV, Lexus LFA, Honda FCX are not eligible for this list. Sales by brands like Ferrari, Lamborghini, Lotus, Maserati, Rolls-Royce, and Bentley go unreported, unfortunately.
* In the near-term, for the purposes of the worst sellers list, GCBC will be viewing the Acura RL and RLX as one car. Indeed, Acura’s done the same with their sales release, so we’re left not knowing how many RLs were left to be sold. The Audi A3 is on hiatus, but sold 23 in August, down 97%.
Total G/Q50/Q60 volume equalled 6508 units in August (up 3.9%) and 34,015 in the first eight months of 2013 (down 19.7%).