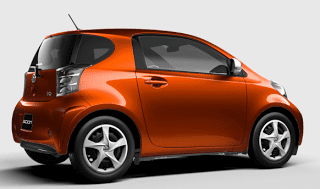 In the first table, you’ll see every eligible vehicle ranked by year-over-year percentage decline. A 97% drop for the Porsche Cayman equals 109 fewer sales. A 76% drop for the Acura RL, soon to be the Acura RLX, works out to 34 lost sales. And a 61% decline for Toyota’s Yaris is 3410 fewer units than Toyota sold in November 2011.

The third table ranks all vehicles, luxury brand vehicles and the aforementioned high-end vehicle and every other still-produced and actively marketed vehicle, by November 2012 volume. Keep in mind, Ferrari and Lamborghini and Bentley and many other brands don’t report sales figures for specific models, so there are a large number of vehicles that compete with and sell no more often than, say, the SLS AMG, but yet they’re not featured here.

Historic monthly and yearly sales figures for every vehicle currently on sale in North America can be accessed through the dropdown menu at GCBC’s Sales Stats home. Porsche has only sold more than 100 Caymans once since November 2011, that was back in January. The new Porsche Cayman, an attractive proposition indeed, will post huge (and somewhat skewed) year-over-year increases in 2013.