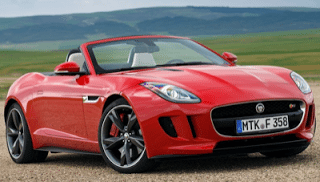 So a 44% year-over-year increase wasn’t enough for the Honda CR-Z to escape the long tendrils of GoodCarBadCar’s worst sellers list? Nope. Honda sold 427 copies of the CR-Z in May 2013, 31 fewer than the total achieved by the Infiniti FX.

Also not escaping America’s worst sellers list was the Audi A3, which is yet to have been replaced in sedan form by the next-gen A3. Audi says they’re preparing for the launch of the A3 sedan in early 2014, which gives us plenty of time to think about calling this period a “hiatus” and giving leave to the A3 nameplate.

But, the Kia Sedona is back. You’re excited, I can tell.

Three of the worst year-over-year declines reported by continuing model lines were reported by Infiniti. Perhaps all they need is to add the letter Q to all their model names.

Doesn’t the Toyota Yaris seem like it’s selling like a discontinued model? Don’t tell me it’s the lack of a sedan model that’s brought sales down in nine consecutive months. More likely, it’s the Prius C’s fault. The most affordable Prius sold more than twice as often as the Yaris in May.

All 259 Vehicles Ranked By U.S. Sales – May/2013 YTD
Historical monthly and yearly sales figures for any of these models can always be accessed through the dropdown menu at GCBC’s Sales Stats page, and for those not viewing the mobile version of this site, near the top right of this page, as well.

Source: Manufacturers & ANDC
Vehicle must have been on sale in May 2013, must not have been officially cancelled by its manufacturer, and must have been showcased on manufacturer’s website through May 2013. Chevrolet’s Caprice PPV, Lexus LFA, Honda FCX are not eligible for this list. Sales by brands like Ferrari, Lamborghini, Lotus, Maserati, Rolls-Royce, and Bentley go unreported, unfortunately.
* In the near-term, for the purposes of the worst sellers list, GCBC will be viewing the Acura RL and RLX as one car. Indeed, Acura’s done the same with their sales release, so we’re left not knowing how many RLs were left to be sold.
* Note: Audi sold just 413 Allroads in May, but at least in the near term, GCBC includes the Allroad in the A4’s total, as its Avant successor was.