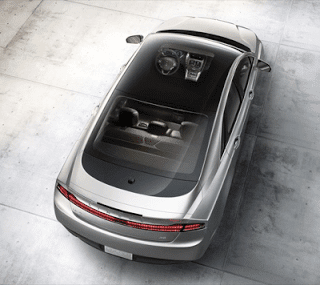 The new Porsche Cayman is on its way. Hold your breath. Wait for it. Be patient. Watch Chris Harris drift a yellow one around a track. Check out Cars.com‘s inventory, where a California dealer is currently listing six Caymans, curiously sans pictures, ranging in price from $67,470 to $80,885. Consider the fact that Canadians sometimes get things first. Five were sold north of the 49th parallel in February.

And then take note of the fact that only a solitary Cayman found a home in the U.S. in February 2013. This near non-existent sales performance has been common for the Cayman – Porsche didn’t exactly nail the timing of one car’s departure and another car’s arrival.

Regardless, to call it a worst seller is a bit of a stretch. Naturally it won’t sell well… if there are none to sell.

Lincoln apparently wants to get the new MKZ’s quality just right, so dealers aren’t getting them as quickly as they’d like. Lincoln did, however, sell twice as many MKZs in February as in the month before. In the first worst sellers table below, once you get past Cayman and MKZ, Japanese brands take over. From the disappointing Mazda 2 through to the in-replacement-phase Mazda 6, U.S. volume of these eight cars declined by at least 47% in February.

In the second and third worst sellers tables, vehicles are ranked by February 2013 U.S. volume. First, only cars with base prices under $45,000 are eligible. In the final chart, all (uncancelled) vehicles are eligible. Of course, the second list takes on a higher-end feel. Predictably, even when sales of a $99,950 Nissan are half again as strong as they were a year ago, it’s still not rivalling a Toyota Camry for output.

Historical monthly and yearly sales figures for all these vehicles can be accessed at GCBC’s Sales Stats page or, by non-mobile users, through the dropdown menu near the top right of this page. GoodCarBadCar ranked America’s most popular vehicles in February this past Saturday.

Source: Manufacturers & ANDC
Vehicle must have been on sale in 2013, must not have been officially cancelled by its manufacturer, and must have been showcased on manufacturer’s website through February 2013. Chevrolet’s Caprice PPV, Lexus LFA, Honda FCX are no longer eligible for this list.
* In the near-term, for the purposes of the worst sellers list, GCBC will be viewing the Acura RL and RLX as one car.