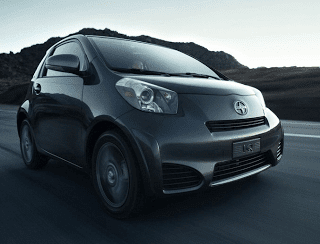 With the Audi A3 dying off in Sportback form and the next A3, a sedan, not yet here, the nameplate is suffering. Sales fell 91% in April. This’ll make a for a huge year-over-year increase next April. Hooray.

Toyota was an avid participant in the worst sellers class in April, with the FJ Cruiser, Yaris, and Scion iQ. In all, seven continuing nameplates lost more than half their sales in April, including the three Toyotas.

Measuring cars purely by volume, the A3 again makes an appearance, and it was joined by the new-to-America Kia Cadenza. I’d say that it was early, and the Cadenza may not be here for long. But large mainstream brand cars aren’t traditionally high-volume products.

Historical monthly and yearly sales figures for all these cars can be accessed by selecting a make and model at GCBC’s Sales Stats page. America’s 30 best sellers, some of which posted declining year-over-year volumes, were published yesterday.

Source: Manufacturers & ANDC
Vehicle must have been on sale in April 2013, must not have been officially cancelled by its manufacturer, and must have been showcased on manufacturer’s website through April 2013. Chevrolet’s Caprice PPV, Lexus LFA, Honda FCX are not eligible for this list. Sales by brands like Ferrari, Lamborghini, Lotus, Maserati, Rolls-Royce, and Bentley go unreported, unfortunately.
* In the near-term, for the purposes of the worst sellers list, GCBC will be viewing the Acura RL and RLX as one car.
* Note: Toyota Prius Plug-In sales fell 63.8% to 599 units, but GCBC views the PI as just a powertrain option on the Prius nameplate, which combined, was down 24.7% in April.