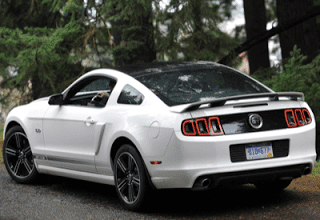 14 pickup trucks combined to form 13.6% of America’s new vehicle market in the first five months of 2013. Those trucks account for just 5.4% of the nameplates available, a number which will read 5% now that the Suzuki Equator is extinct.

America’s top truck, the best-selling vehicle line, is Ford’s F-Series. It sells nearly twice as often as the fourth-ranked Honda Accord. The Accord, meanwhile, sells about twice as often as the 19th-ranked Toyota RAV4. That RAV4 is approximately twice as popular as the 49th-ranked Subaru Forester. You get the picture. Vehicles at the top of the heap aren’t simply ranked numerically higher. They also account for the lion’s share of new vehicle sales. More than 40% of the industry’s volume comes from the 20 top vehicles.

Lost in that shuffle of truck, car, and SUV nameplates are minivans. From the Honda Odyssey down to the Volkswagen Routan, eight minivans – 3.1% of the available nameplates – account for 3.4% of the U.S. auto industry’s new vehicle volume in 2013.

May’s changes include the introduction of the Jaguar F-Type, Acura’s decision to combine the RL and RLX, and one sale from the long-gone Mazda CX-7.

These are year-to-date rankings, but you can sort vehicles by May volume by clicking the May 2013 column header, or you can rank vehicles by improvements or declines using the % columns. Or, most importantly, you can list automakers together by selecting the Vehicle column header. Just remember, the list is horizontally flipped from the norm: YTD on the left, monthly data on the right.

Source: Manufacturers & ANDC
Red font indicates year-over-year declining sales
^ Total Prius sales fell 7.8% to 99,135 in the first five months of 2013 but rose 9.5% to 23,522 in May.
Italicized unranked lines are nothing more than available breakdowns, already included in the model’s total, not in addition to the model’s total. Sales data for brands such as Aston Martin, Ferrari, Lamborghini, Lotus, Rolls-Royce etc. are unfortunately not broken down by model. estimates say sales for those brands in the first five months of 2013 were 345, 810, 230, 110, and 420, respectively. HybridCars.com estimates that Tesla Model S sales totalled 8850 units through five months. Total Maserati and Bentley volume is reported, but not by specific models.