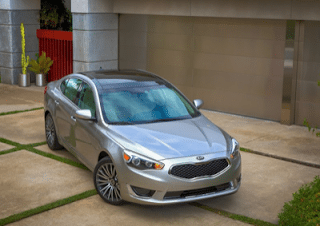 Through four months, the all-new Kia Cadenza was America’s 244th-best-selling vehicle. The Cadenza only just went on sale. Chrysler’s SRT Viper sold 60 copies in April; it’s only just ahead of the Cadenza. Paceman sales weren’t as high in April as they were in March, and the newest Mini slid back from 236th to 237th spot.

The Acura RLX moved up eleven spots to 223rd. At this time last year, Acura had sold 132 RLs. In the first four months of 2013, RLX sales totalled 752, plus another 39 RLs. That 499% increase sounds impressive. And then you realize Mercedes-Benz sold more than 18,000 E-Class sedans, coupes, convertibles, and wagons between January and April and Infiniti, with the weak M, sold nearly 2000 RLX alternatives. It’s too early to call the RLX a flop, but it’s not too early to predict that the Acura RLX will not be a common sight.

The Cadenza, Viper, Paceman, RLX, and RL can be viewed near the bottom of this post. At the top of the heap, Ford’s F-Series expanded its lead over the Chevrolet Silverado to 71,829 units, and its lead over the Silverado/Sierra tandem has grown to 16,825 units. The Toyota Camry has spent the last two months as America’s second-best-selling car. Its lead over the second-best-selling car, Honda’s Accord, is a substantial but surmountable 10,575 units. Honda’s CR-V topped the SUV/CUV leaderboard in April but trails the still-surging Ford Escape by 6916 sales.

Through the first four months of 2013, the Mazda MX-5 Miata leads the Porsche Boxster by just 52 units. The MX-5 is due for replacement; the Boxster was only just re-released.

More factoids: Toyota Prius V sales have fallen in six consecutive months, year-over-year. Porsche’s Cayman moved up from 251st in the first quarter to 234th by the end of April 2013. Buick posted its best monthly sales since September 2012 but year-over-year volume still plunged 39% in April. Detroit’s best-selling cars last month were the Fusion, Focus, Cruze, Malibu, 200, Impala, Avenger, Sonic, Dart, Camaro, Charger, and Mustang, in that order. And we could go on.

This list of 258 vehicles includes a few lines of information on specific model variants like the Volkswagen GTI and Subaru Impreza WRX. That’s relatively interesting. But what’s most fun is the sortable nature of the list. These are year-to-date rankings, but you can sort vehicles by April volume by clicking the April 2013 column header, or you can rank vehicles by improvements or declines using the % columns. Or, most importantly, you can list automakers together by selecting the Vehicle column header. Just remember, the list is horizontally flipped from the norm: YTD on the left, monthly data on the right.

Source: Manufacturers & ANDC
Red font indicates year-over-year declining sales
Italicized unranked lines are nothing more than available breakdowns, already included in the model’s total, not in addition to the model’s total. Sales data for brands such as Aston Martin, Ferrari, Lamborghini, Lotus, Rolls-Royce etc. are unfortunately not broken down by model. estimates say sales for those brands in the first third of 2013 were 276, 648, 184, 88, and 336, respectively. HybridCars.com estimates that Tesla Model S sales totalled 2100 in April; 6850 through four months. Total Maserati and Bentley volume is reported, but not by specific models.
* Prius Family sales in April: 19,889, down 21%; year-to-date down 12.1% to 75,613.