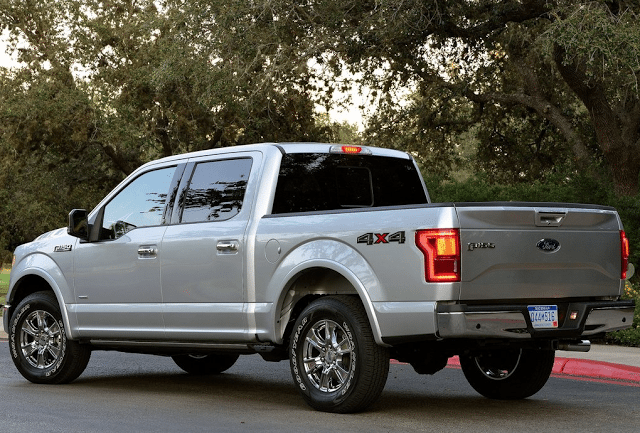 For the first time since March, the Ford F-Series outsold GM’s full-size pickup twins in the United States in November 2015.

Pickup truck sales growth slowed in November, but sales still expanded in comparison with November 2014 at nearly three times the rate of the overall industry.

With passenger car sales falling nearly 9%, it was left up to SUVs and crossovers, led not by the Honda CR-V but by the Toyota RAV4, to power the U.S. auto industry to modest growth in November 2015.

But just how modest was the growth? A quirk in the calendar meant there were only 23 selling days in November 2015, down from 25 in November 2014. So while total auto sales volume increased by a marginal 1%, the daily selling rate was up 10%.

There were no new nameplates added to the U.S. fleet in November, but one of the vehicles added in October via two European deliveries made greater headway in November. The Mercedes-Benz GLC-Class, the GLK’s successor, generated 505 sales last month. Jointly, as Mercedes-Benz navigates the transition phase, November GLK/GLC sales plunged 47%.

The table below is completely sortable, so when you click the column header to sort by vehicle names to showcase all Porsches together, for example, you’ll also see the Porsche brand’s total.

Reminder: these are year-to-date rankings, but you can sort vehicles by November volume by clicking the November 2015 column header, or you can rank vehicles by improvements or declines using the % columns. Or, most importantly, you can list automakers together by selecting the Vehicle column header.

Source: Automakers & ANDC & WSJ
* Italicized, asterisked, unranked lines are nothing more than available breakdowns, already included in the model’s total, not in addition to the model’s total.
² Total Prius Family sales: down 9.9% to 12,575 in November; down 12.0% to 169,718 YTD.
³ BMW has traditionally chosen to include sales of the 4-Series within figures for the 3-Series, presumably for year-over-year consistency’s sake, while also combining the 1-Series and 2-Series. Now, since July, we have a 3-Series/4-Series breakdown. (Hyundai does the same with the Genesis and Genesis Coupe.)
Total 3-Series/4-Series sales: down 19.4% to 11,857 in November; up 5.5% to 129,746 YTD.
° Overall market figure is a combination of all reported sales figures plus estimates for Tesla.
† Tesla figures are estimates from HybridCars.com.
Sales data for brands such as Aston Martin, Ferrari, Lamborghini, Lotus, Rolls-Royce etc. are unfortunately not broken down by model. estimates say sales for Aston Martin and Lotus in the first 11 months of 2015 were 935 and 139, respectively. Tesla, unfortunately, doesn’t release model-specific monthly U.S. sales data, but we source estimates from HybridCars.com. Model S sales estimate: 3100 in November; 22,900 YTD. Model X estimate: 15 in November; 31 YTD.