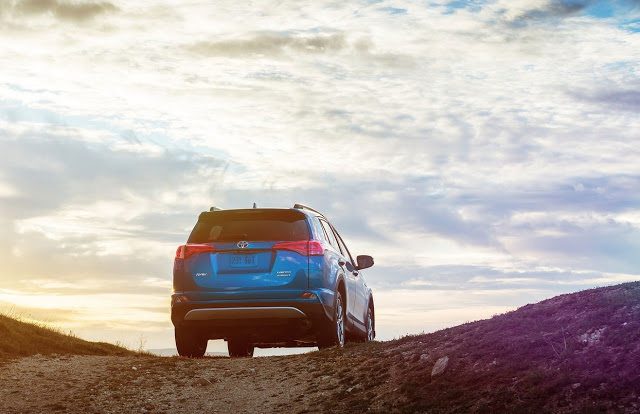 15% of those vehicles were pickup trucks.

Another 6% were vans: people carriers and commercial units.

The remaining vehicles were cars, SUVs, and crossovers. And it’s among those vehicles that the market is rapidly evolving in 2016’s first half.

One year ago, SUVs and crossovers accounted for 35.5% of the new vehicles sold in the United States. But in the equivalent period of 2016, the market share accumulated by SUVs and crossovers jumped to 37.8%, strengthened not only by new models such as the Honda HR-V and Jeep Renegade – which weren’t on sale throughout 2016’s first-half – but also by above-average gains from the top-selling Toyota RAV4 and challengers like the Nissan Rogue and the whole Jeep brand.

Meanwhile, the top-selling car is also a Toyota. But that car, the Toyota Camry, has lost 16,056 sales during the same period in which its Toyota RAV4 sibling added 22,325 sales to Toyota’s ledger. (19,227 of those additional RAV4 sales come from the RAV4 Hybrid.)

U.S. sales of passenger cars are down 8% in a market which is set to break 2015’s calendar year auto sales record. Not all car nameplates are all crumbling, but the category is down by 305,000 sales.

The table below is completely sortable, so when you click the column header to sort by vehicle names to showcase all Toyotas together, for example, you’ll also see the Toyota brand’s total.

Reminder: these are 2016 year-to-date rankings, but you can sort vehicles by June volume by clicking the June 2016 column header, or you can rank vehicles by improvements or declines using the % columns. Or, most importantly, you can list automakers together by selecting the Vehicle column header.

Source: Automakers & ANDC & WSJ
* Italicized, asterisked, unranked lines are nothing more than available breakdowns, already included in the model’s total, not in addition to the model’s total.
² Total Prius Family sales: down 26.7% to 11,027 in June; down 25.2% to 67,405 YTD.
³ Hyundai USA combines sales of the Genesis and Genesis Coupe. Mercedes-Benz USA, not GCBC, is also combining E-Class and CLS-Class sales figures.
° Overall market figure is a combination of all reported sales figures and WSJ  estimate for Tesla.
` FCA figures in this space include Alfa Romeo, Chrysler, Dodge, Ferrari, Fiat, Jeep, Maserati, and Ram.
† Tesla figures are estimates from WSJ but will be updated with HybridCars.com estimates when they become available.
Sales data for brands such as Aston Martin, Ferrari, Lamborghini, Lotus, Rolls-Royce etc. are unfortunately not broken down by model. estimates say sales for Aston Martin and Lotus in 2016’s first-half were 516 and 84, respectively.
Tesla, unfortunately, doesn’t release model-specific monthly U.S. sales data, but we source estimates from HybridCars.com and The Wall Street Journal.
WSJ Model S sales estimate: up 10% to 2200 in June; up 39.1% to to 12,450 YTD.
Model X estimate: 900 in June; 4050 YTD.