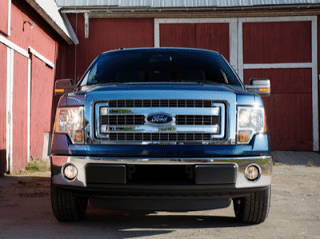 For the first time since March 2007, Ford sold more than 70,000 F-Series pickup trucks in the United States in a single month. The F-Series ended May 12,260 units ahead of the GM twins – Chevrolet Silverado and GMC Sierra – and owned 36% of the pickup truck market.

That’s not to say the Ranger-less Ford brand was solely responsible for the truck market’s growth. Sales of eight other pickups grew at rates of at least 14%. The only trucks posting declines were nameplates which are soon to be extinct or on hiatus and Nissan’s full-size Titan.

32,144 more trucks were sold in the United States this May than in May 2012 in an overall new vehicle market which grew by around 100,000 units. It’s not hard to see the importance of trucks in the U.S. industry’s resurgence.  24.4%, nearly a quarter, of all May 2013 sales in GM, Ford, and Chrysler showrooms came about because of the F-Series, Silverado, Ram, and Sierra.

You can click any model name in the table below to find historical monthly and yearly sales figures for both the United States and Canada. The best seller list below takes into account all trucks, and it’s been made sortable so you can rank trucks by year-to-date volume or year-over-year change or alphabetically. Best seller lists for cars and SUVs are upcoming.