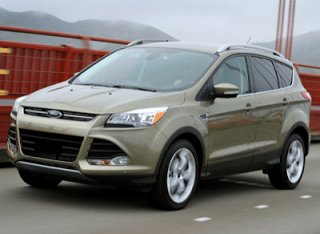 SUVs and crossovers have accounted for 29.6% of America’s new vehicle purchases in the first five months have 2013.

Compare that with the passenger car market share, 51.4%, the minivan market share figure, 3.4%, and the pickup truck percentage, 13.6%, in order to get a clear picture of where American new car buyers like to spend their money.

6.7% of the SUV buyers have chosen a Ford Escape, America’s favourite utility vehicle. Escape sales hit a record high in May, rising 26% year-over-year. Through 2013’s five months, Ford utility vehicle volume is up 19%. (Lincoln SUV/CUV sales are down 8%.)

Three of America’s nine favourite SUVs are Fords. Two of the top eight are Jeeps. General Motors has five in the top 20.

The reason this list grew by one nameplate in May? Somewhere, somehow, a sales manager at a Mazda dealership noticed a CX-7 in the back corner of the dealer lot and decided to slap a big discount sticker on the windshield. It sold. CX-7 sales were believed to have ended last September. 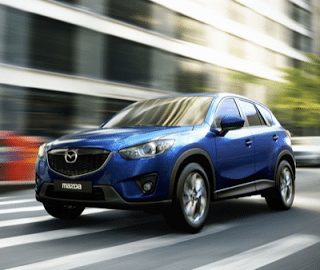 The CX-7’s replacement, the first-generation CX-5, which also took over from a former Escape twin, the Tribute, is America’s 23rd-best-selling utility vehicle in 2013. In the first five months of 2012, Mazda’s three smallest utilities had combined for 21,967 sales. Left to its lonesome, CX-5 volume totalled 31,201 by the end of May. A CX-5 visited GCBC for a week back in April.

These are year-to-date rankings, but you can sort SUVs by May volume by clicking the May 2013 column header, or you can rank SUVs by improvements or declines using the % columns. Or, most importantly, you can list automakers together by selecting the SUV/Crossover column header. Just remember, the list is horizontally flipped from the norm: YTD on the left, monthly data on the right.

Source: Manufacturers & ANDC
Red font indicates year-over-year declining sales
^ Escalade here does not include sales of the EXT, which is shown with pickup trucks.
Italicized unranked lines are nothing more than available breakdowns, already included in the model’s total, not in addition to the model’s total.