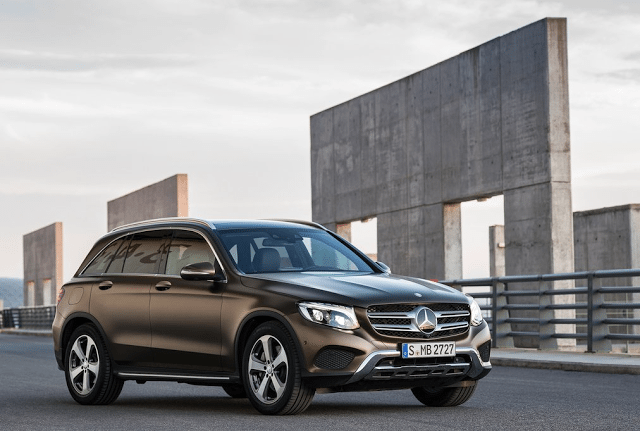 U.S. auto sales volume dipped slightly in January 2016, a modest decline during an abbreviated month. Sales of SUVs and crossovers, of course, jumped 6% to nearly 440,000 units.

The Toyota RAV4 was America’s top-selling utility vehicle for a third consecutive month. After four years of Honda CR-V leadership – and with the CR-V getting off to 2015 on the wrong foot – is 2016 the year the RAV4 grabs the SUV/crossover sales victory for the first time?

There’s no doubt 2016 began with a tight race for top spot. The RAV4 led the second-ranked Nissan Rogue by only 1792 units. The Ford Escape finished January only 543 sales back of the Rogue. The CR-V trailed the Escape by only 11 sales. Chevrolet’s Equinox was only 634 sales back of the CR-V.

On the premium front, it’s worth noting the misleading Mercedes-Benz sales figures. Mercedes-Benz is changing the names of many products. As a result, consider the totals achieved by certain Benzes and their predecessors. ML and new GLE sales were up 17% to 3663. The GLK and new GLC doubled to 2849 sales.

For the purposes of total SUV/crossover and passenger car sales tallies, the Subaru Outback, Subaru Crosstrek, and Toyota Venza are now tabulated with SUVs/crossovers, not cars. This was not the case last year. The Outback ranked 11th in January sales; the Crosstrek ranked 24th.

^ Escalade here does not include sales of the EXT, which is shown with pickup trucks.
Rather than listing the 500L with the Mini Paceman and Countryman in these SUV/crossover rankings, it’s with cars in large part because it is not available with all-wheel-drive. The placement of numerous crossovers often prompts disagreement, but consider the vehicle type’s name: crossover. By its very definition, it crosses over from one category into another. The very act of calling, for example, the Volvo XC70 a car or a utility vehicle requires ignorance of the fact that the XC70 (or Outback, Crosstour, Encore, Countryman, 500L) is a square peg that can’t be squeezed through a round hole.