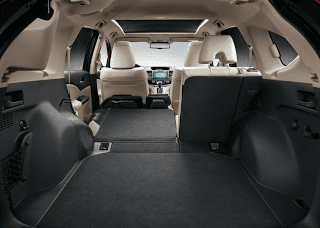 After taking over the U.S. SUV sales lead in August, and despite being outsold by the Ford Escape in September 2013, the Honda CR-V was America’s best-selling SUV or crossover in America through the first three quarters of 2013.

Of course, GM’s pair of small/midsize crossovers – Chevrolet Equinox and GMC Terrain – have outsold the CR-V by 33,130 units. Yes, American Honda has sold an additional 33,539 copies of the Acura RDX. But then again, General Motors has also sold 40,506 copies of the Cadillac SRX, which shares some architecture with the Equinox and Terrain.

SUV/CUV sales in United States slid 2.5% in September but America’s appetite for utility vehicles has grown 11.7% in 2013. 48.6% of the new SUVs and crossovers registered in the United States so far this year were sold by the Chrysler Group, Ford Motor Company, and General Motors. That’s down from 49.6% during the same period last year. Seven full-size SUVs from GM, Ford, Nissan, and Toyota account for 5.2% of all the utility vehicles sold.

These are year-to-date rankings, but you can sort SUVs and crossovers by September volume by clicking the September 2013 column header, or you can rank SUVs by improvements or declines using the % columns. Or, most importantly, you can list automakers together by selecting the SUV/Crossover column header. Just remember, the list is horizontally flipped from the norm: YTD on the left, monthly data on the right.