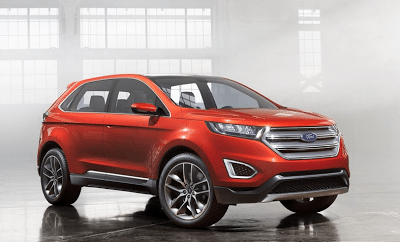 32.3% of the new vehicles sold in the United States in November 2013 were SUVs and crossovers of one kind or another. That’s up from 31.5% a year ago. Year-over-year, SUV and crossover sales grew 11.7% as the overall industry collectively rose 8.7%. GCBC has ranked all 91 SUV/CUV nameplates by their November 2013 YTD U.S. sales in the exhaustive and oh-so-sortable table below.

Through eleven months, SUVs and crossovers are responsible for 30.3% of the U.S. auto industry’s volume, up more than a full percentage point from 29.2% during the same period in 2012.

468,560 of the industry’s 1.09 million extra sales have been produced by vehicles like the Honda CR-V, Ford Escape, Chevrolet Equinox, Toyota RAV4, Ford Explorer, and Jeep Grand Cherokee. America’s twelve favourite utility vehicles have all sold more often this year than they did in 2012. From among those twelve, the biggest year-over-year percentage improvement came from the Subaru Forester, up 63%. On a strict volume basis, the Forester’s gains are most noteworthy, as well, as Subaru has sold 42,780 more Foresters over the last eleven months than during the first eleven months of 2012.

General Motors, Ford Motor Company, and the Chrysler Group are responsible for 48.3% of the SUVs and crossovers sold so far this year. More than three quarters of Chrysler’s total is Jeep-derived. The Escape and Edge bring in 59% of FoMoCo’s utility vehicle volume. More than one-third of GM’s SUV sales strem from the Equinox and Terrain. GM relies on SUVs and crossovers for 33.5% of its U.S. volume. Ford needs utilities to form 28.9% of its U.S. volume. 34.7% of the Chrysler Group’s sales come from SUVs and crossovers. Jeep was the group’s best-selling brand in November.

There were exciting improvements introduced in last month’s ranking of vehicle sales. Prior year figures now include the actual numbers from last year, not just the percentage increase from last year. As a result, we’ve also included vehicles like the Dodge Nitro and Suzuki XL7, nameplates which collected sales in 2012 but not this year. At any time, click the Rank column to return to the original format. If you’re on a mobile device, you may need to choose the full version of the site (at the bottom of the page) in order to use the sortable function.

Reminder: these are year-to-date rankings, but you can sort SUVs by November volume by clicking the November 2013 column header, or you can rank SUVs and crossovers by improvements or declines using the % columns. Or, most importantly, you can list automakers together by selecting the Vehicle column header. Just remember, the list is horizontally flipped from the norm: YTD on the left, monthly data on the right.