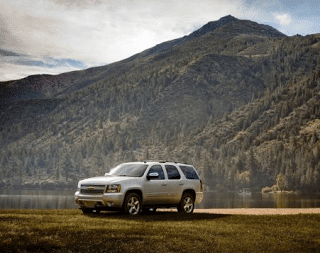 Americans registered 289,351 more SUVs and crossovers in the first seven months of 2013 than they did in the same period a year ago, a 12% increase. Overall new vehicle sales are up 8% this year, car sales are up 6%, minivans are down 4%.

55% of the purchases made and leases leased resulted in higher numbers for the 15 best-selling SUVs and crossovers on this list of 89 vehicles. In other words, 17% of the nameplates generate 55% of the utility vehicle volume.

The Ford Escape, America’s top-selling utility vehicle, accounts for 6.6% of all registrations in the segment; the second-ranked Honda CR-V another 6.4%. 91% of the SUV/CUV nameplates available don’t sell half as often as the Escape or CR-V.

Led by the Chevrolet Tahoe in 21st spot, America’s seven full-size, truck-based SUVs are responsible for 5.3% of all SUV/crossover sales. Doesn’t sound like much? As a group, they’re just as likely a purchase as the Chevrolet Equinox, America’s third-best-selling crossover.

These are year-to-date rankings, but you can sort SUVs by July volume by clicking the July 2013 column header, or you can rank SUVs by improvements or declines using the % columns. Or, most importantly, you can list automakers together by selecting the SUV/Crossover column header. Just remember, the list is horizontally flipped from the norm: YTD on the left, monthly data on the right.

Source: Manufacturers & ANDC
Red font indicates year-over-year declining sales.
^ Escalade here does not include sales of the EXT, which is shown with pickup trucks.
Italicized unranked lines are nothing more than available breakdowns, already included in the model’s total, not in addition to the model’s total.
Rather than listing the 500L with the Mini Paceman and Countryman in these SUV/crossover rankings, it’s with cars in large part because it is not available with all-wheel-drive. The placement of numerous crossovers often prompts disagreement, but consider the vehicle type’s name: crossover. By its very definition, it crosses over from one category into another. The very act of calling, for example, the Toyota Venza a car or a utility vehicle requires ignorance of the fact that the Venza (or Outback, Crosstour, Encore, Countryman, 500L) is a square peg that can’t be squeezed through a round hole.