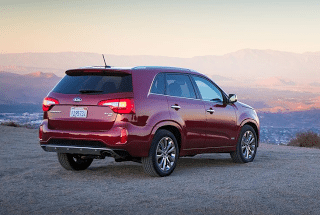 Those gains were fuelled in large part by the Honda CR-V (up 10,777 units), Chevrolet Equinox (up 4842 units), and an additional 4296 sales from the Buick Encore. All three of those nameplates reported best-ever months in August.

The CR-V’s August was good enough for the smaller Honda utility vehicle to lay claim to the title of best-selling SUV in America, not only in August, but year-to-date. The CR-V’s lead over the Ford Escape is narrow, however.

These are year-to-date rankings, but you can sort SUVs and crossovers by August volume by clicking the August 2013 column header, or you can rank vehicles by improvements or declines using the % columns. Or, most importantly, you can list automakers together by selecting the SUV/Crossover column header. Just remember, the list is horizontally flipped from the norm: YTD on the left, monthly data on the right.

As always, you can find historical monthly and yearly sales figures for any of these vehicles by selecting a make and model at GCBC’s Sales Stats page.
Click Column Headers To Sort – August 2014 – September 2013 – July 2013