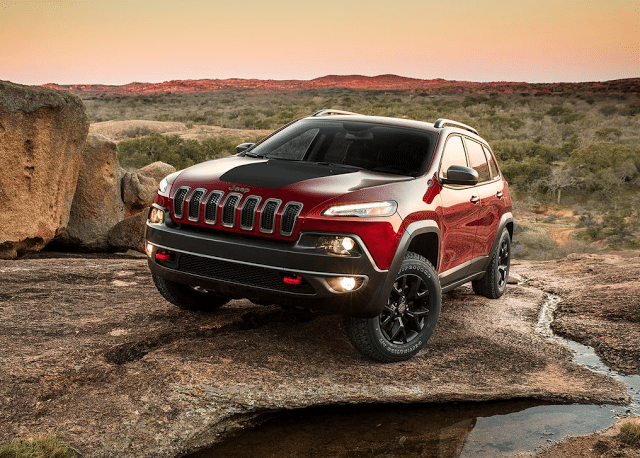 As consumer appetites turn very slowly away from traditional passenger cars, the U.S. auto industry is prepared for a strong fourth-quarter that could make 2015 the best year ever for new vehicle sales in America. 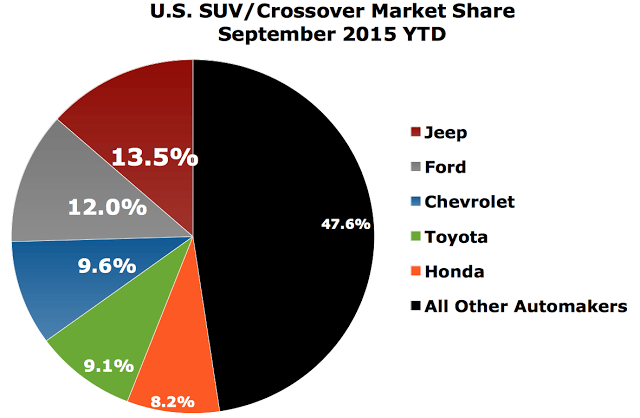 Which brands are generating the greatest amount of SUV/crossover attention? Jeep sits atop the leaderboard with 68,473 more SUV/CUV sales than any other brand. Jeep, of course, does not sell anything but utility vehicles.

medianet_width=’468′; medianet_height= ’60’; medianet_crid=’481536334′; The top five SUV/crossover brands – Jeep, Ford, Chevrolet, Toyota, Honda – generate 52% of all U.S. SUV/crossover volume. Only one brand’s utility vehicles are generating less sales activity this year than last. That brand, Mini, markets two crossovers which are among the least SUV-like of all utility vehicles. Acura and BMW have narrowly managed to produce gains.

The biggest year-over-year percentage improvements come from Audi, Volvo, Lincoln, Lexus, Porsche, and Land Rover, six premium brands which have greatly expanded or revitalized their utility vehicle lineups in the very recent past.

At Audi, the Q3 was added late last year. At Volvo, a new XC90 was finally brought to market this year. Lincoln added the MKC last year and introduced a second-gen MKX this year. Lexus added the very popular NX. Porsche’s Macan debuted last year. Land Rover switched out the LR2 for the Discovery Sport this year.