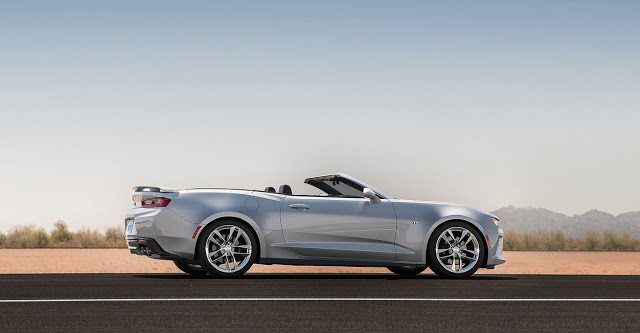 U.S. sales of the Chevrolet Camaro continued their steep decline in July 2016, falling 26% compared with July 2015. That 1949-unit loss drove the Camaro’s year-to-date tally down by 7708 sales in time with the launch of a new Camaro, a period in which you would expect to see a dramatic increase – not a dramatic decrease – in sales of an American pony car in its home market.

Admittedly, U.S. sales of the Camaro’s chief rivals are falling, as well. But both of those cars, the Ford Mustang and Dodge Challenger, are declining more slowly, both are more established cars which have already had their “hot” periods. (Mustang sales rose to an eight-year high in 2015 when it was an all-new sixth-gen car.) And both of those cars posted improved July sales while the Camaro leaned into a nosedive.

In fact, both of those cars are now routinely outselling the Camaro, a car which led the three car category for five consecutive years from 2010 to 2014. That includes the Challenger, which made July the third consecutive month in which the Dodge outsold the Camaro.

GM points to decreased fleet emphasis in order to explain the Camaro’s rapid slowdown. We would also point out that the Camaros available at your local Chevrolet store are often pricier examples. Plus, as we’ve mentioned before, outside of the Camaro faithful – where GM must attract thousands of Camaro buyers in order to make it a volume car – do people even look at this car and recognize that it’s an all-new machine?

Elsewhere in the sports car universe, the Fiat 124 Spider became more readily available in July 2016. Together with 881 sales of the Mazda MX-5 Miata on which it’s based, 124 Spider sales climbed to 480 units. Yes, it is interesting that after 13 consecutive months of year-over-year improvement, Mazda MX-5 volume tumbled 22% during the very month in which its sibling, the 124 Spider, became available.

Source: Automakers & ANDC
* indicates a vehicle which is also shown in another GCBC segment breakdown
^ BMW USA, not GoodCarBadCar, has chosen to combine sales figures of the 1-Series and 2-Series.
Clearly GoodCarBadCar is not suggesting that the cars in the tables above are all direct competitors. Establishing categories among cars as unique as even the Audi TT and Porsche Boxster has never pleased a single reader, so cars have been lumped together so you can simply see how buyers looking for sports cars, roadsters, hot hatches, convertibles, GTs, and wanna-be sports cars spend their money. Greater categorization of cars would only lead to problems that automakers create by not isolating model-specific sales figures: we don’t know how many M3s BMW has sold or how many Civics are Si models, for example. The numbers we do have are listed above. The BMW 6-Series has been removed from the premium list because we don’t use this space as a showcase for sedans (unless automakers release data for high-end sporting models like the Lexus ISF, as Toyota Canada does) and the 6-Series lineup now relies heavily on a sedan variant. GoodCarBadCar is always open to hearing about the ways you would break down segments, so feel free to get in touch. You can always find the sales results for EVERY vehicle and form your own competitive sets by using the All Vehicle Rankings posts. estimated 86 Aston Martin sales in July; 602 YTD plus 14 July Lotus sales; 98 YTD. YTD, Maserati (6013), Ferrari (1351), Bentley (793), Lamborghini (602), and Rolls-Royce (528) sales are not reported by model.