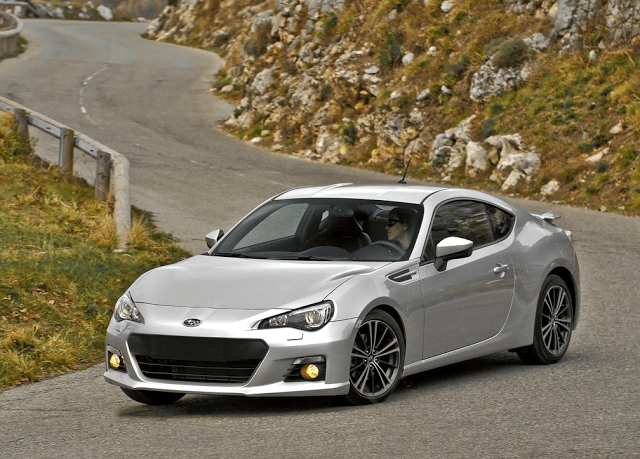 With its best September since 2007, Ford Mustang volume tripled on a year-over-year basis to 9456 U.S. sales in September 2015, only 342 fewer sales than its two main rivals managed in a combined fashion.

In the lead-up to the launch of the current sixth-generation model, Mustang sales in America in September 2014 slid below 3500 units for the first time in 43 months. That low point enabled a terrific year-over-year comparison one year later.

But dismissing the year-over-year percentage leap on that basis alone ignores the fact that the sixth-generation Mustang has once again become a high-performance car with genuinely mainstream appeal.

The Mustang is America’s 19th-best-selling car through the first three quarters of 2015.

As Volkswagen faces sharp criticism, plenty of potential lawsuits, and soaring recall costs, the GTI and R models continue to bolster the overall Golf lineup. In September, 44% of the Golfs sold in America – and 79% of the Golf hatchbacks – were of either the GTI or Golf R variety.

Imagine if the overwhelming majority of Ford Focuses sold were STs, or if most Honda Civic buyers opted for the Si, or if the Subaru WRX and STI outsold the Subaru Impreza.

In that latter case, the WRX/STI surge certainly makes that more of a possibility – albeit still an unlikely possibility – than in the other instances. Total WRX/STI sales jumped 159% in the United States to more than 3000 units, the third consecutive month in which the sporty Subaru sedans have topped the 3K barrier.

As for Subaru’s traditional sports car, the BRZ, sales slid 41% to only 301 units in September 2015, the lowest U.S. sales total for the BRZ since its launch month of May 2012. For its twin, the Scion FR-S, sales in September 2015 slipped to the second-lowest full month total in the nameplate’s history.

medianet_width=’468′; medianet_height= ’60’; medianet_crid=’481536334′;
You can click any model name in the tables below to find historical monthly and yearly U.S. auto sales data. You can also select a make and model at GCBC’s Sales Stats page. These tables are now sortable, so you can rank sports cars, coupes, and GTs any which way you like. Suggestions on how GCBC should break down segments can be passed on through the Contact page.

Source: Automakers & ANDC
* indicates a vehicle which is also shown in another GCBC segment breakdown
^ BMW USA, not GoodCarBadCar, has chosen to combine sales figures of the 1-Series and 2-Series.
Clearly GoodCarBadCar is not suggesting that the cars in the tables above are all direct competitors. Establishing categories among cars as unique as even the Audi TT and Porsche Boxster has never pleased a single reader, so cars have been lumped together so you can simply see how buyers looking for sports cars, roadsters, hot hatches, convertibles, GTs, and wanna-be sports cars spend their money. Greater categorization of cars would only lead to problems that automakers create by not isolating model-specific sales figures: we don’t know how many M3s BMW has sold or how many Civics are Si models, for example. The numbers we do have are listed above. The BMW 6-Series has been removed from the premium list because we don’t use this space as a showcase for sedans (unless automakers release data for high-end sporting models like the Lexus ISF, as Toyota Canada does) and the 6-Series lineup now relies heavily on a sedan variant. GoodCarBadCar is always open to hearing about the ways you would break down segments, so feel free to get in touch. You can always find the sales results for EVERY vehicle and form your own competitive sets by using the All Vehicle Rankings posts. Sales data for brands such as Aston Martin, Ferrari, Lamborghini, Lotus, Rolls-Royce etc. are unfortunately not broken down by model. estimates say sales for Aston Martin and Lotus in the first nine months of 2015 were 765 and 113, respectively. The Wall Street Journal reports 1709 year-to-date Ferrari sales, 801 Lamborghini sales, and 636 Rolls-Royce sales. Tesla, unfortunately, doesn’t release model-specific monthly U.S. sales data, but Automotive News now issues estimates for the brand, and those estimates say Tesla sold 1700 cars in September; 15,300 YTD. HybridCars.com estimates 2400 August Model S sales; 17,700 YTD.