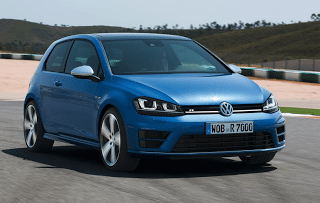 39.5% of Porsche USA’s September 2013 volume was generated by the brand’s three sports cars. That’s up from 27.8% a year ago, when the first-generation Cayman was ending its run and sales had fallen to just 15 units. Between the Cayman, Boxster, and 911, Porsche has sold 13,688 cars so far this year.

Individually, the Boxster and Cayman outsold the Audi TT, BMW Z4, and Jaguar F-Type in September 2013.

Mercedes-Benz SLK sales were down 3% to 404 units, about 100 more than what Porsche managed with its hard and soft-top mid-engined cars. After averaging 386 sales per month over the summer, September sales of the Jaguar F-Type fell to just 172.

As for America’s muscle car trio, the Chevrolet Camaro’s lead over the Ford Mustang stands at 5650 units.

The Mustang is 16,588 sales ahead of the Dodge Challenger. Camaro and Mustang sales are tumbling this year.

By the end of October, Dodge will have sold more Challengers than in any year during the current model’s history, which dates back to 2008.

You can click any model name in the tables below to find historical monthly and yearly U.S. auto sales data. You can also select a make and model at GCBC’s Sales Stats page. These tables are now sortable, so you can rank sports cars, roadsters, coupes, and muscle cars any which way you like. Suggestions on how GCBC should break down segments can be passed on through the Contact page.

Source: Automakers & ANDC
* indicates a vehicle which is also shown in another GCBC segment breakdown
** breakdown by variant
Clearly GoodCarBadCar is not suggesting that the cars in the two tables above are all direct competitors. Establishing categories among cars as unique as even the Audi TT and Porsche Boxster has never pleased a single reader, so cars have been lumped together so you can simply see how buyers looking for sports cars, roadsters, hot hatches, convertibles, GTs, and wanna-be sports cars spend their money. Greater categorization of cars would only lead to problems that automakers create by not isolating model-specific sales figures: we don’t know how many M3s BMW has sold or how many Civics are Si models, for example. The numbers we do have are listed above. GoodCarBadCar is always open to hearing about the ways you would break down segments, so feel free to get in touch. Sales data for brands such as Aston Martin, Ferrari, Lamborghini, Lotus, Maybach, Rolls-Royce etc. are unfortunately not broken down by model. estimates say sales for those brands in the first nine months of 2013 were 621, 1458, 414, 198, zero, and 756, respectively. Total Maserati and Bentley volume is reported, but not by specific models.