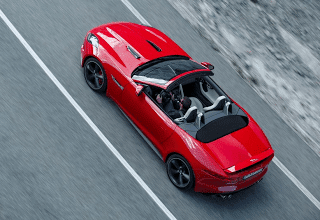 As we’ve mentioned a million times, it could be argued that none of these cars are direct rivals. But they do all lay claim to sporty status, at least in some small measure. Regardless of where it fits, it’s too early to judge the F-Type’s sales figures. Deliveries only just began, and awareness will remain a bit low until all potential Beverley Hills buyers have seen one or two.

Among American muscle cars, already covered thoroughly at The Truth About Cars, the Ford Mustang led the Chevrolet Camaro by 868 units, which was 2392 sales up on the surging Dodge Challenger.

Dodge also sold 65 SRT Vipers in May. Chevrolet Corvette sales continue to slide in advance of the C7’s on-sale date.

You can click any model name in the tables below to find historical monthly and yearly U.S. sales data. You can also select a make and model at GCBC’s Sales Stats page. These tables are now sortable, so you can rank sports cars, coupes, convertibles, and hot hatches any which way you like. Suggestions on how GCBC should break down segments can be passed on through the Contact page.

* indicates a vehicle which is also shown in another GCBC segment breakdown
** breakdown by variant
Clearly GoodCarBadCar is not suggesting that the cars in the two tables above are all direct competitors. Establishing categories among cars as unique as even the Audi TT and Porsche Boxster has never pleased a single reader, so cars have been lumped together so you can simply see how buyers looking for sports cars, roadsters, hot hatches, convertibles, GTs, and wanna-be sports cars spend their money. Greater categorization of cars would only lead to problems that automakers create by not isolating model-specific sales figures: we don’t know how many M3s BMW has sold or how many Civics are Si models, for example. The numbers we do have are listed above. GoodCarBadCar is always open to hearing about the ways you would break down segments, so feel free to get in touch.