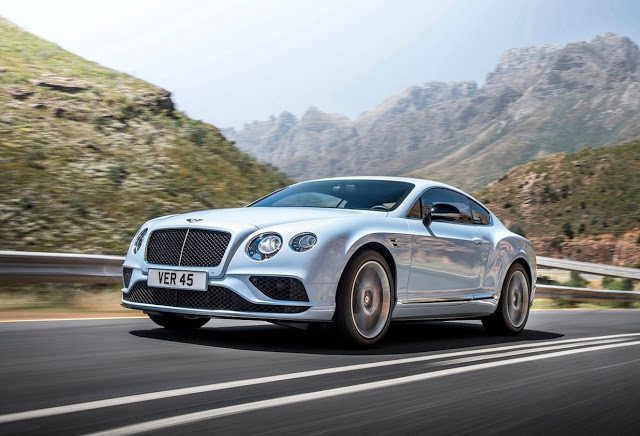 13 years ago, the Bentley Continental GT was the first Bentley fully developed in the era of Volkswagen ownership. Bentley was revolutionized. Volume exploded thanks to the “affordable” Bentley.

Bentley sold 106 such cars in August 2016, a modest 8% downturn. But Bentley has since been revolutionized again. 56% of the Bentleys sold in the United States in August 2016 were Bentaygas. The Bentayga is Bentley’s latest new vehicle introduction, an SUV with an ungainly design but mountains of appeal to consumers who need something more than a Land Rover Range Rover Autobiography.

The Wall Street Journal also reported 249 sales of Ferraris in August along with 79 Lamborghinis. In other words, there are still plenty of buyers for high-dollar sports cars.

There are also plenty of buyers for low-dollar sporting cars, too. Yes, U.S. sales of the Chevrolet Camaro, Dodge Challenger, and far more popular Ford Mustang are falling. But with 174,047 sales through the first eight months of 2016, this trio accounts for 4% of the U.S. car market.

Source: Automakers & ANDC
* indicates a vehicle which is also shown in another GCBC segment breakdown
^ BMW USA, not GoodCarBadCar, has chosen to combine sales figures of the 1-Series and 2-Series.
Clearly GoodCarBadCar is not suggesting that the cars in the tables above are all direct competitors. Establishing categories among cars as distinct as even the Audi TT and Porsche Boxster has never pleased a single reader, so cars have been lumped together so you can simply see how buyers looking for sports cars, roadsters, hot hatches, convertibles, GTs, and wanna-be sports cars spend their money. Greater categorization of cars would only lead to problems that automakers create by not isolating model-specific sales figures: we don’t know how many M3s BMW has sold or how many Civics are Si models, for example. The numbers we do have are listed above. GoodCarBadCar is always open to hearing about the ways you would break down segments, so feel free to get in touch. You can always find the sales results for EVERY vehicle and form your own competitive sets by using the All Vehicle Rankings posts.