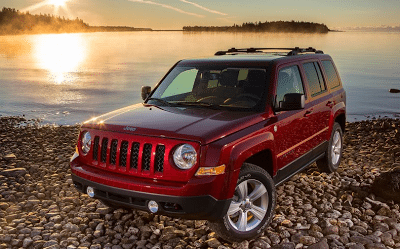 Honda’s CR-V ate into the Ford Escape’s year-to-date lead to the tune of a 4883-unit victory in July 2013. CR-V volume in America jumped 33% in July and the Escape is now just 5980 sales up on the CR-V with five months remaining.

30% of Jeep sales last month came from the Compass and Patriot, up from 24% a year ago, when the Liberty contributed 7743 more sales to the campaign. The Liberty is nearly done – only 60 were sold last month – but the new Cherokee isn’t here yet.

Of course, the bulk of Jeep’s sales come from the Wrangler and Grand Cherokee: 70% in July; 69% over the last seven months. Jeep sells 4.8 Wranglers for every FJ Cruiser and Xterra sold by Toyota and Nissan, combined.

The Chrysler Group has sold 1.05 million new vehicles so far this year. 26% of those sales were generated by Jeep, 34% from SUVs and crossovers in general (which includes the Dodge Journey and Durango), a figure which has fallen from 37% last year, although Dodge/Jeep utility vehicle volume is level despite the departed Nitro and Liberty.

You can click any model name in the tables below to find historical monthly and yearly U.S. sales data. You can also select a make and model at GCBC’s Sales Stats page. These tables are now sortable, so you can rank small SUVs and crossovers any which way you like. Suggestions on how GCBC should break down segments can be passed on through the Contact page.