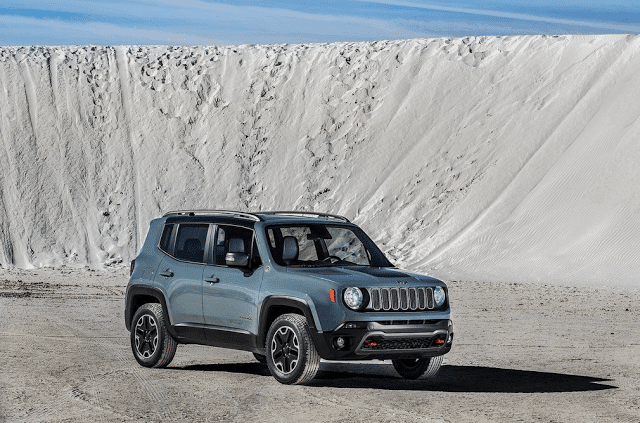 U.S. sales of small SUVs and crossovers, a core group of top-selling utilities like the Toyota RAV4, Honda CR-V, and Ford Escape, jumped 6% in January 2016.

Sales of their subcompact brethren nearly doubled thanks to the input from four nameplates which weren’t on sale at this time a year ago: 500X, Renegade, HR-V, CX-3.

The improvements are even more notable than they appear at first glance. January wasn’t simply affected by a major east coast winter storm, nor was the strength of December perceived to be the only threat. There were only 24 selling days for the industry in January 2015, down from 26 in January 2015.

Thus, over a shorter period of time, small utility vehicle sales ballooned, and the sales of midsize cars and compact cars appeared measly by comparison.

Among the major small utilities, gains were reported virtually across the board. Only the 17% decline of the Honda CR-V, America’s perennial top-selling utility, stood out as a real negative. (The Equinox and Escape both improved their daily selling rate during the abbreviated January 2016 sales month.)

It does appear as though the bevy of new candidates are having an impact on sales of established subcompact utilities, however. The Mini Countryman, Mitsubishi Outlander Sport, Nissan Juke, and Subaru Crosstrek all posted declines, albeit marginal decreases in total volume for the Mitsubishi and Subaru.