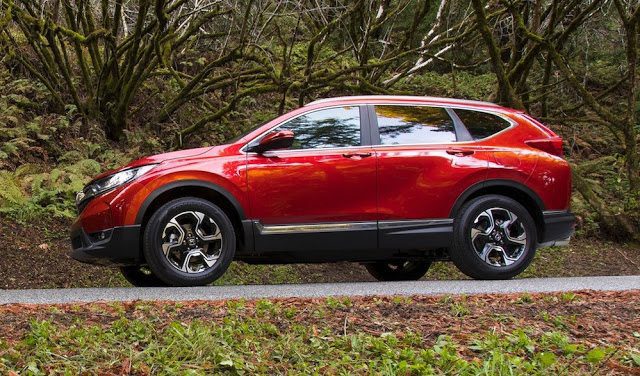 U.S. sales of compact SUVs and crossovers rose 4% in April 2017, a year-over-year gain of more than 8000 sales for the Honda CR-V-led category.

Year-to-date, the Nissan Rogue leads all SUVs/crossovers in total sales with 128,807 units, a 40% uptick compared with the first four months of 2016. The CR-V outsold the second-ranked Toyota RAV4 by 914 units in April. The Rogue ranked third.

Among subcompact utility vehicles, America’s leader through the first-third of 2017 is the Jeep Renegade. General Motors, however, with the Buick Encore and Chevrolet Trax, is the market leader. GM owns 32% of the category in early 2017, up from 27% a year ago.

Toyota also began selling the new C-HR in April 2017. Initially intended to be a Scion before Scion died, the C-HR is available with AWD in other markets.

But as a front-wheel-drive-only vehicle with dimensions similar to the departed Toyota Matrix, the C-HR remains a car in GCBC’s books.

Source: Automakers & ANDC
* vehicle also displayed in another GCBC segment breakdown
GCBC isn’t here to break down segments, an impossible task for any group, but to display sales data for the sake of comparison. The more ways sales data can be displayed, the better. This explains why you’ll see the Encore and XV Crosstrek are listed with small cars, too, because readers have wanted it both ways. You can always find the sales results for EVERY vehicle and form your own competitive sets by using the All Vehicle Rankings posts.