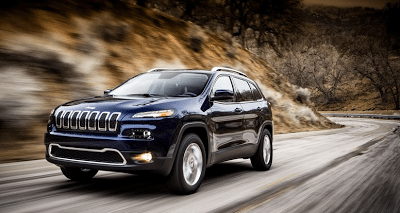 U.S. sales of smaller SUVs and crossovers are rising at a faster rate than that of the overall U.S. auto industry. October 2013 volume of key small utility vehicles rose 20%.

More car-like crossovers such as the Buick Encore and Mini Paceman more than doubled their collective October volume.

The Honda CR-V sells more than twice as often as the bigger and not at all unpopular Honda Pilot. The CR-V is America’s best-selling small crossover in 2013; the best-selling utility vehicle regardless of size, too.

Toyota sells 1.7 copies of the third-ranked RAV4 per Highlander.

Presumably, their profit margins are lower, but the volume generated by smaller SUVs and crossovers is something to behold given their non-status two decades ago.

Speaking of which, the Jeep Cherokee, a small SUV original, is back. Jeep sold its first 579 Cherokees in October 2013. Depending on the reaction neighbours have to the controversial 2014 Cherokee parked in driveways next door, Jeep will either sell a ridiculous number of Cherokees in the coming months or, relatively speaking, hardly any at all.

You can click any model name in the tables below to find historical monthly and yearly U.S. auto sales data. You can also select a make and model at GCBC’s Sales Stats page. These tables are now sortable, so you can rank small SUVs and crossovers any which way you like. Suggestions on how GCBC should break down segments can be passed on through the Contact page. The + icon has been removed from year-over-year improvements. Look instead for red font to designate year-over-year declines. We’ve also added prior year data, which means you’ll spend less time hunting around GCBC looking for relatively recent historical data.

* vehicle also displayed in another GCBC segment breakdown
GCBC isn’t here to break down segments, an impossible task for any group, but to display sales data for the sake of comparison. The more ways sales data can be displayed, the better, right? This explains why you’ll see the Encore and XV Crosstrek are listed with small cars, too, and the tweener-sized Sorento and Santa Fe are shown with midsize SUVs and small SUVs, and the pricey FJ Cruiser and Xterra with midsizers, as well… because readers have wanted it both ways. You can always find the sales results for EVERY vehicle and form your own competitive sets by using the All Vehicle Rankings posts. GCBC has historically shown the Liberty with midsize SUVs but as the Cherokee – truly not midsize inside – replaces the Liberty, proper year-over-year comparison requires seeing the Liberty listed here with these smaller utility vehicles.