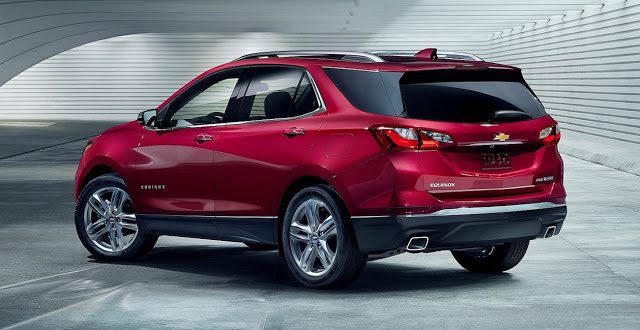 Against expectations fuelled by many months of powerful SUV/crossover sales growth and the sector’s 4% rate of year-over-year growth in September, U.S. sales of compact SUVs/crossovers slid 3% in September 2016.

Much of the blame belongs to General Motors. With a new and already-revealed (above) Chevrolet Equinox due shortly, sales of the outgoing second-generation Chevrolet Equinox continue to dive. In September, the Equinox’s 29% drop equalled 6276 lost sales. Then sales of its twin, the GMC Terrain, also approaching the end of its tenure, tumbled 48% to only 5656 units, a 5279-unit decline to the lowest Terrain sales total since January 2012.

In addition to GM’s difficulties, Jeep ended a 35-month streak of year-over-year improvements with a brand-wide 3% drop in September. The brand’s best-selling Cherokee model tumbled 12%, the fifth decline in six months.

In September, the Honda HR-V and Subaru Crosstrek also outsold the Renegade.